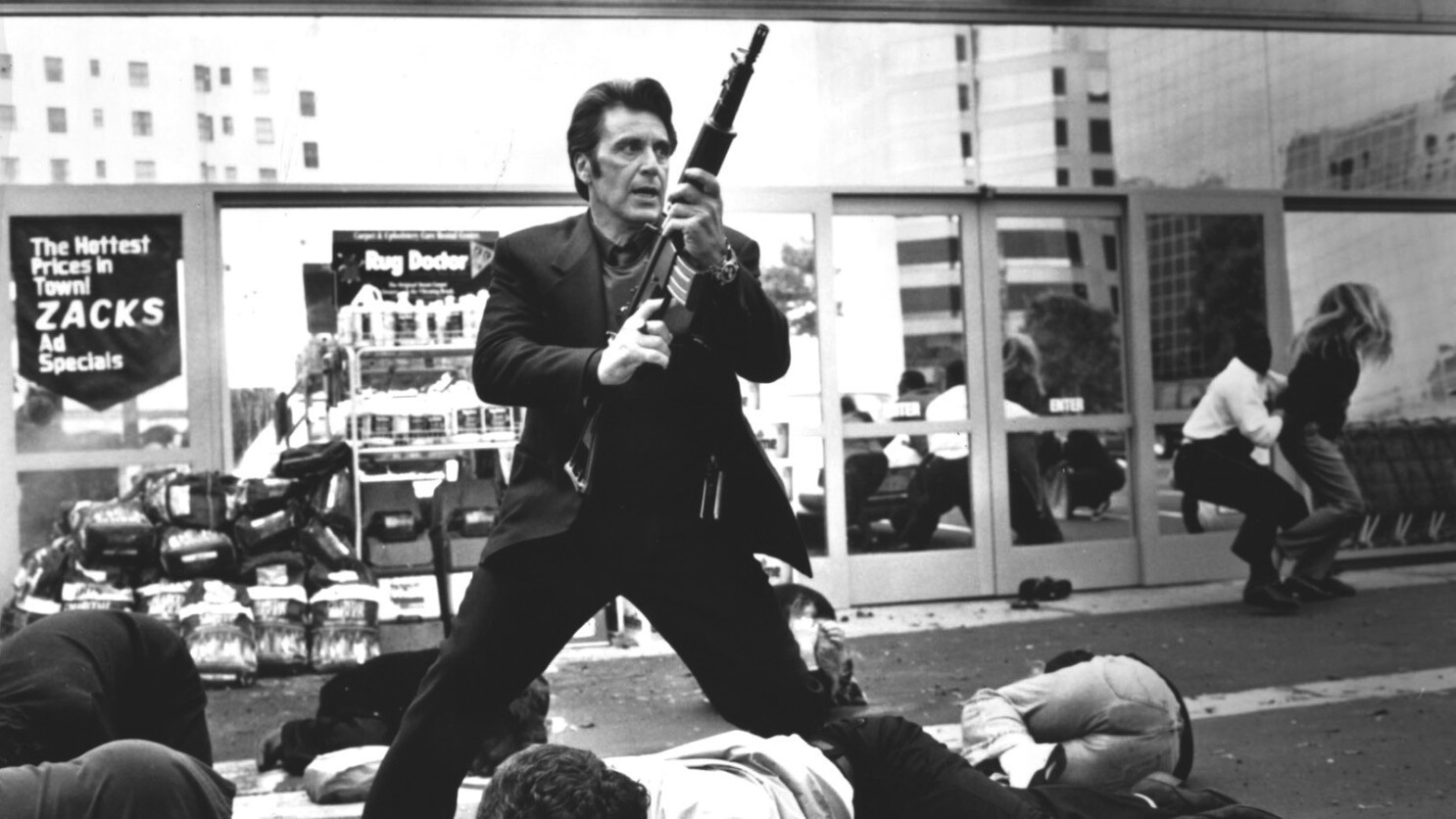 The novelistic sprawl of Heat 2 proves massive, surely bigger than any film Michael Mann’s made. Running as it does between 1988, 1995, 2000, Los Angeles, Chicago, the US-Mexican border, a free-trade zone in South America, and southeast Asian shores and jungles, it’s closer in scope and approach to The Godfather II than the 1995 classic. Mann and co-writer Meg Gardiner did not waste their 460 pages. It’s room to run—something a theatrical film couldn’t quite permit.

Yet Mann tells Empire that Heat 2 is “totally planned” for big-screen glory—not “a modest movie” or “a very expensive series” but “one large movie.” If I’m skeptical about retaining the book’s appealing spread, which often kept me quite engaged for much longer than the time it takes to watch Heat in total, Mann is more practical. Namely: it’s a bummer to recast Robert De Niro, Al Pacino, and Val Kilmer, who at the very least couldn’t pull off the 1988 stretch—minus some super-expensive, entirely doubtable Irishman touch—and would be, all due respect, long in the tooth when 2000 rolls around.

Might I suggest conveniently transposing that last section to, say, 2025? A recast sounds wholly disastrous, reason enough to move on with the project. But I found Heat 2 more or less exactly what an expansion of this material, what Mann considers “kind of a Heat universe,” should be: violent, intimate, riddled with the director’s obsessive tech-head inventorying, and driven by pure excitement—no small achievement for what’s entirely on paper. Maybe I’m talking myself into it.

Heat 2: A Novel arrives on August 9, alongside a 4K release of Heat.