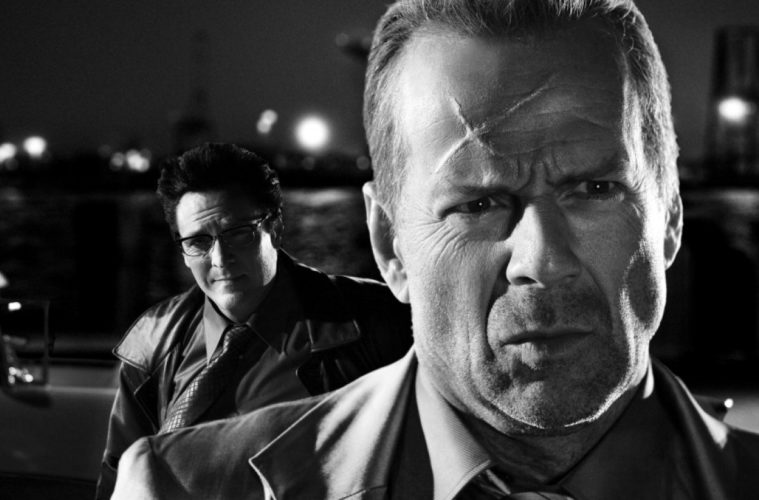 With production finally gearing up for a summer start, it looks like we’re actually going to be seeing a sequel to Sin City in the near future. Director Robert Rodriguez remarked that “many of the original cast is expected to return” for Sin City: A Dame To Kill For, but now actual confirmations are starting to firm up. Based on Frank Miller‘s graphic novel, he co-wrote the screenplay with William Monahan (Kingdom of Heaven, The Departed) and today we’ve got news of three original castmembers making the trip back to Sin City.

First up is Michael Madsen, who played Hartigan’s partner Bob in the original. He spoke to Smashing and confirmed his involvement. With filming set in Austin, TX he said that they are throwing a panel in Ft. Worth to talk about this film. One would have to guess this is where we’ll get our official ensemble 100% confirmed. In the graphic novel, his character grabs a new partner and is said to be more professional.

We’ve also received confirmations from Rodriguez himself via MTV that Mickey Rourke will be returning as the bruiser Marv and Rosario Dawson as the prostitute Gail. The director said, “[Rourke is] all excited to come back, but he’s probably the first one. “I saw Rosario [Dawson] too. I ran into her for something else, and she’s pumped. They’ve always been excited about doing another one, so that will be fun.” No telling if Clive Owen is confirmed yet, but he should get locked down soon as his character has a big part in graphic novel. And considering his recent projects, he could certainly use the help.

Who else would you like to see return to Sin City?