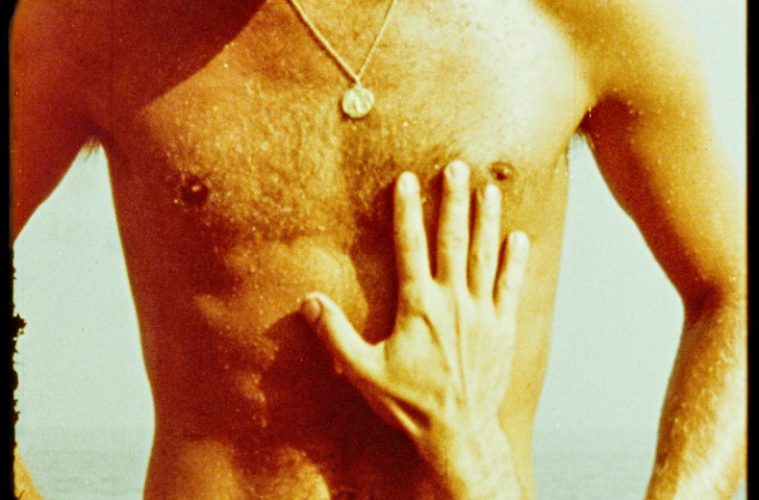 Metrograph’s ‘On Fire Island’ Brings a Queer Utopia to Manhattan

Thanks be to the generous souls on Letterboxd who run the“Not Andrew Sarris” and “Not Dave Kehr” accounts with their thoughtful capsule reviews. When logging my viewing for Metrograph’s upcoming series, On Fire Island, I found reviews for Andy Warhol and Chuck Wein’s My Hustler, Frank Perry’s Last Summer, and Bill Sherwood’s Parting Glances by the aforementioned critics. Stan Lopresto’s Sticks and Stones and Wakefield Poole’s Boys in the Sand (also screening in the series) are noticeably missing professional critiques. Looking further, Last Summer is the only film of the five to receive a fair shake from a robust number of film critics and the write-ups for My Hustler and Parting Glances are more first impressions than researched arguments.

On Fire Island is programmed by Michael Lieberman, head of publicity at Metrograph, and picks up the critical slack with programming-as-criticism. The series is a full-bodied experience of the island’s myths and realities: it’s “the setting of a filthy two-act play, the backdrop of a cruel coming of age story, an environment for sexual discovery, and a place of contemplation for a man dying of AIDS.” In other words, Queer Utopia. But instead of being a place to get away from it all (Kokomo for gays), Fire Island is depicted as a place to get your jollies and engage your personality.

In Last Summer, Peter (Richard Thomas) and Dan (Bruce Davison) are two WASP-y, blonde, beach babes in a homosocial friendship and looking for fun. They find it in Sandy (Barbara Hershey), another WASP spending the summer with her mother on the island. Sandy stakes leadership over the unholy trio when she declares her right to kill a bird the three rehabilitated because she’s the “absolute ruler.” One wonders if she’s talking to the bird or the boys because her declaration of abortive powers keep the boys in check. When Rhoda (Catherine Burns), writer of the hilariously titled high school column “Feelings” tries to enter the pack, Sandy and the boys gruesomely exploit her naïvete. You can’t peg everything on Sandy, though. Peter and Dan use Sandy to get to each other. They fantasize about bedding her at the same time and their lone sexual experience with Sandy is performed together.

Bill Sherwood’s only film, Parting Glances, is a surprising entry in the series because we don’t see Fire Island until the last ten minutes. The setting of the island is used in a way reminiscent of the later film, Metropolitain, which used the Hamptons (clearly, the Straight Utopia) as a place where its leads come to grips with reality. In both films, it takes leaving New York City to figure out their feelings.

Parting Glances features a less shitty pair of WASPs, this time a gay couple living through the AIDS pandemic of the 1980s. Robert (John Bolger) and Michael (Richard Ganoung) spend Robert’s last 24 hours in Manhattan before a two-year assignment in Africa fucking and fighting. Their delectable diction make their sad parting a delight to watch. But the only word that doesn’t pass anyone’s lips is AIDS. Nick (Steve Buscemi) is grungier than the pair, which Robert blames for his contracting the virus – a virtual death sentence during production and after (the plague claimed Bill Sherwood’s life in 1990). Michael previously dated Nick and feels kinship, if not outright brotherhood, with him. Robert takes cues from his boss Cecil (Patrick Tull), who is living “down low.” He thinks leaving Michael and New York behind for a few years will shield him the trauma of AIDS in his community. The film’s second act deals entirely with Robert and Michael’s friends in a colorful and enriching going away party for Robert. The film ends abruptly, on Fire Island, but honors the emotional journey of our three leads.

Lieberman programmed a special series that has more depth than the total sex-romp I expected. It’s in and around and through sexual delights that many of the characters “On Fire Island” learn who they are on and off the island. These movies are no less thoughtful than what a high-profile drama like Call Me By Your Name can deliver, so it makes one wish that film writers would act more as reporter-critics when it comes to communities and lifestyles they don’t understand.