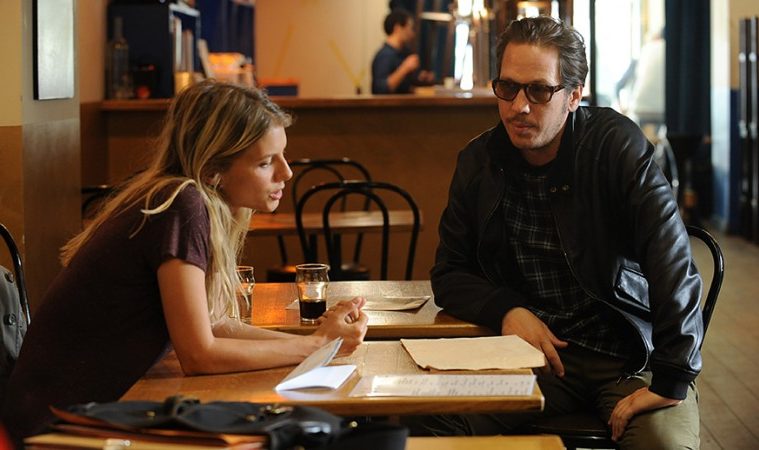 While they’ve been featured in a handful of films that have made their mark state-side Mélanie Laurent and Reda Kateb still find more than enough time to lead productions in their own country. The first English-subtitled trailer for Paris Prestige (Les deniers Parisiens) has arrived for their latest, the feature-length debut of writing-directing duo Hamé Bourokba and Ekoué Labitey.

The trailer demonstrates a cinéma vérité lean that the duo have seemed to utilize, as they follow Nasser (Reda Kateb), a man donned in a leather coat navigating the streets of France. Through restaurants, night clubs, and potentially-shady dealings, Nasser looks to make a name for himself against the bidding of a man who holds more power, his brother Arezki (Silmane Dazi). Nasser has just been released from prison, Arezki owns a bar. Nasser says it belongs to them both, and therein lies the rub. As Nasser starts a night club of his own, things spiral quickly out of control.

Complete with a couple festival banners, see the trailer and a synopsis below Although no U.S. distribution has been announced yet, the drama will arrive in France on next month.

Out on parole, Nas returns to his neighborhood, Pigalle, where he gets together again with his friends and his older brother, Arezki, who runs a bar, Le Prestige. Nas is determined to make a name for himself and Le Prestige might just offer him a good springboard…

Paris Prestige is set for a France release on February 22nd.