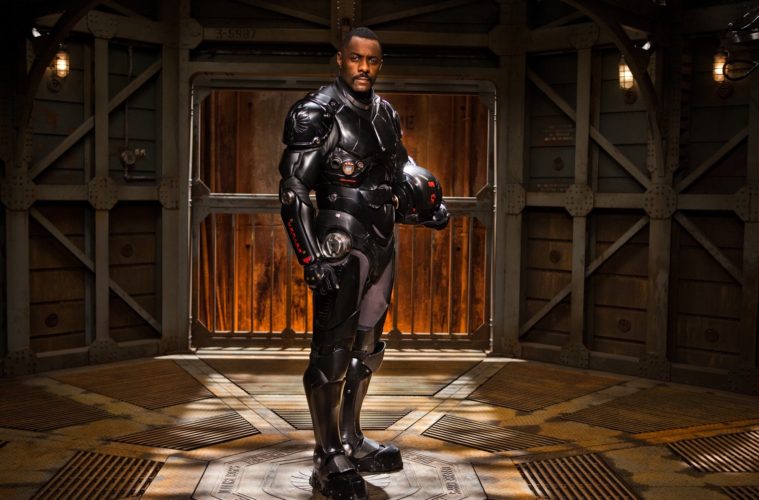 Although we won’t see any footage until this December with The Hobbit: An Unexpected Journey, one of our most-anticipated outings next summer is Pacific Rim. Guillermo del Toro‘s sci-fi epic looks to have an unprecedented sense of scope and robot-alien carnage. We’ve got a new peek at the film today, tying in with New York Comic-Con this weekend, a new viral poster has arrived thanks to Nerdist. One can see it below, which comes from Spanish artist Raúl Monge, who worked in the concept stage for the film, as well as previous del Toro works like Pan’s Labyrinth and Hellboy 2.

The towering creature below is referred to as a Jaegers, “the giant Gundam-like robots that the characters will pilot in the war against Godzilla’s lesser-known cousins.” The director even chimed in, saying, “Raúl is one of my top concept designers. The idea with this particular piece was to emulate an old WWII propaganda poster/flyer that went along with the world we were creating. It symbolizes rationing – voluntary work force, no guts, no glory kind of heroism.” Check it out below for the film starring Charlie Hunnam, Rinko Kikuchi, Idris Elba, Ron Perlman and Charlie Day.