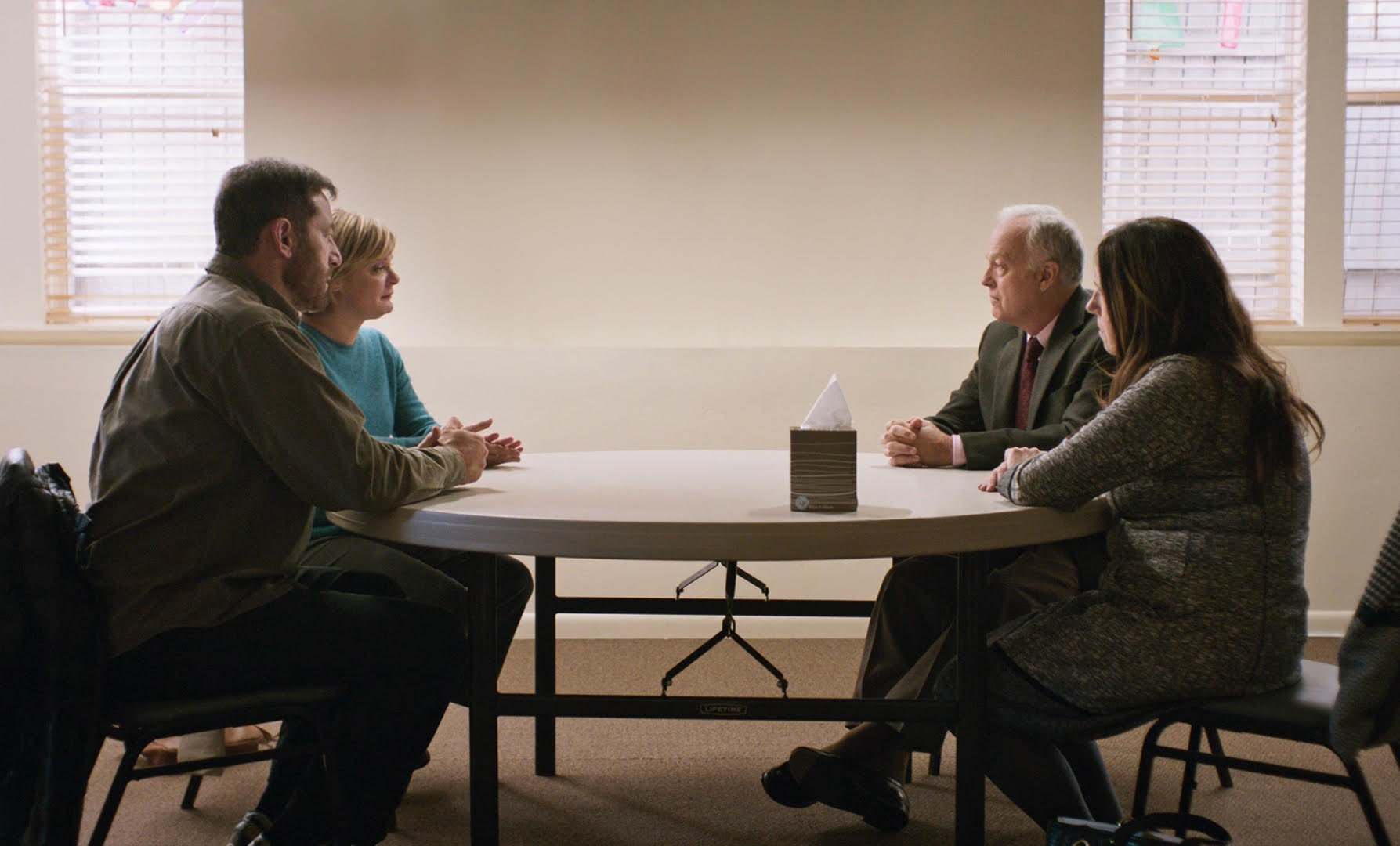 One of the most powerful, well-acted movies from this year’s Sundance Film Festival was the directorial debut of The Cabin in the Woods star Fran Kranz. Mass, starring Reed Birney, Ann Dowd, Jason Isaacs, and Martha Plimpton follows two sets of parents who meet after the tragedy of a school shooting involving their sons––one was the shooter and another the victim. Now set for an October 8 theatrical release, Bleecker Street has debuted the first trailer.

Dan Mecca said in his review, “Set in the meeting room of a modest Episcopalian church, two couples meet under tragic circumstances. For his directorial debut Mass, accomplished actor Fran Kranz is determined to wring out four incredible performances from four incredible character actors through the discussion of an extremely tough subject. It is mission accomplished as Kranz succeeds in finding understanding in the unthinkable.”

See the trailer below and read our interview with Kranz here.

Mass opens in theaters on October 8.