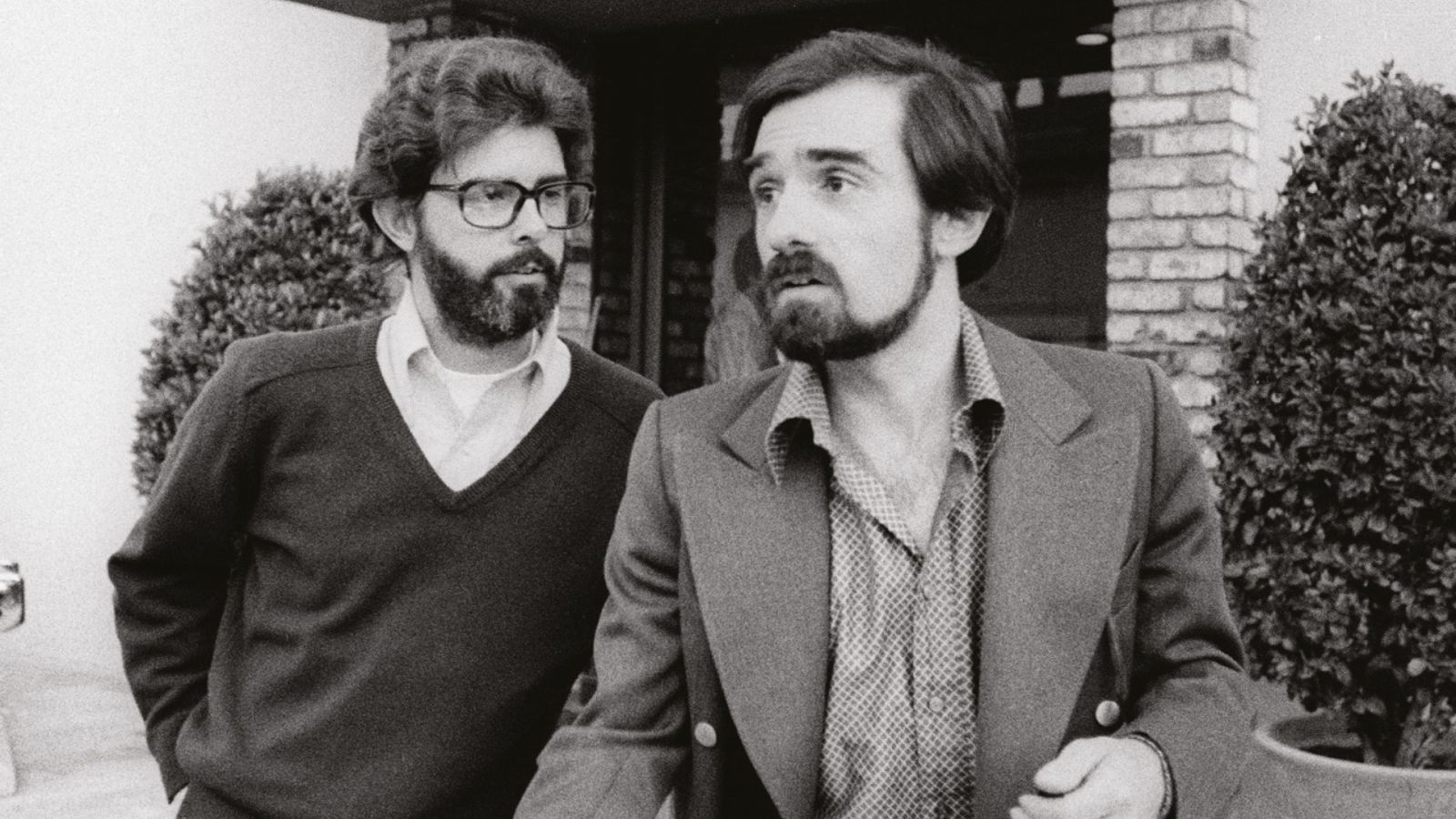 Once again refuting a notion in the worst corners of the Internet that Martin Scorsese strictly lives out his days as a Marvel-hating director who only makes gangster dramas, NYU’s Tisch School of the Arts has made a major announcement regarding his life-long passion for filmmaking and preservation of the medium.

Amounting to the largest gift in the school’s history, courtesy Mellody Hobson and George Lucas’ Family Foundation, Tisch has announced the establishment of the Martin Scorsese Institute of Global Cinematic Arts, an academic and production institute which will encompass the new, state-of-the-art Martin Scorsese Virtual Production Center, the Martin Scorsese Department of Cinema Studies, and support for student scholarships.

“This is such a singular and remarkable honor for me, and I thank my old, dear friend George Lucas, his wife Mellody Hobson and their remarkable foundation for this honor. Their generosity of spirit and deed is deeply moving for me, and doubly so since this state of the art Institute will be housed at my beloved alma mater, NYU’s Tisch School of the Arts. I only wish that my parents were around to see this. They would have been so proud,” said Scorsese.

He continued, “At this stage in the technological development of cinema, when filmmakers of all orientations and obsessions use digital alteration for all kinds of reasons, virtual production represents a quantum leap forward. It allows us to visualize as we work. Whether we’re creating an imagined world or recreating a world gone by, the speed of virtual production allows us to see what we’re creating in real time. We can think with it. On The Irishman, I don’t know what I would have done without this precious new tool, which is going to be essential to anyone making cinema in the future,” he continued.

Coupled with Scorsese’s continuing work with his non-profit organization The Film Foundation, this new institue is a major boon for both the past and future of cinema, Read the rest of the press release below.

The Martin Scorsese Virtual Production Center will be one of the first academic virtual production facilities on the East Coast and will further establish NYU Tisch as a global leader in cinematic arts training. It will enable NYU Tisch students to become pioneers of this new technology, preparing them for top careers in the film and television industry, while also expanding training and collaborative opportunities in the performing arts, design, and dance. The Hobson/Lucas Family Foundation was founded by Mellody Hobson, co-CEO of Ariel Investments, and her husband, filmmaker George Lucas.

The center will leverage the cultural resources of New York City and NYU Tisch’s reputation in cultivating the industry’s most celebrated auteurs, while training students in the emerging technology that is revolutionizing film and television.

“We are thrilled to be able to honor our dear friend Martin Scorsese. Through this gift in his name, the Scorsese Institute of Global Cinematic Arts deservedly highlights his legacy as a quintessential American filmmaker and will inspire generations of diverse, talented students. Through time-honored scholarship and hands-on instruction on the state-of-the-art digital technology at the Institute, artistic vision will come to life where storytelling meets innovation,” said Mellody Hobson and George Lucas.

Virtual Production and the Future of Filmmaking

Virtual production—a confluence of technologies that are changing the art and craft of filmmaking—is predicted to transform the way movies and television shows are made, with major film and television productions, including Lucasfilm’s The Mandalorian and Scorsese’s The Irishman, implementing these technologies into their production processes.

Virtual production uses game engine software, graphics cards, camera tracking, and AR and VR to create scenes that marry the physical and digital worlds. Actors and directors work within a virtual environment that creates visual effects in real time, rather than in post-production. Actors can respond naturally to their surroundings and directors can plan out scenes and shots with precision, visualizing the final product in-camera and easily manipulating elements and reshaping landscapes to cut down on post-production costs and the need to shoot on location. For example, The Mandalorian created entire worlds in real time, immersing actors in live images during production using a high resolution LED screen, while Scorsese’s The Irishman utilized a range of cutting-edge technologies including motion capture to de-age its lead actors.

“Martin Scorsese’s ability to probe the human condition with depth, finesse, and nuance is unparalleled. Few, if any, filmmakers can match his stunning legacy or his talent for experimenting with new technology while staying true to a signature storytelling vision. His films resonate across generations and have inspired countless aspiring artists to come to NYU’s Tisch School of the Arts to hone their own passion for storytelling. In turn, Tisch’s incomparable training has produced an all-but-unrivalled track record for nurturing the voices that define the film industry,” said Andrew Hamilton, NYU President.

“This is a gift of not only enormous generosity but of great foresight. The Martin Scorsese Institute of Global Cinematic Arts will further cement Tisch’s preeminent role by combining the best of both worlds: the cutting-edge technology taking Hollywood by storm with the artistic resources and indie aesthetic of New York City. We are very proud that NYU will be its home.”

Widely considered one of the greatest American filmmakers of all time, Martin Scorsese began his film career at NYU after feeling inspired by the energy and passion of NYU professor and longtime mentor Haig Manoogian at an NYU orientation session. He earned his undergraduate degree from NYU’s Washington Square College in 1964, a Master of Arts degree from the School of Education (now the Steinhardt School of Education, Culture, and Human Development) in 1968, and taught in NYU Tisch’s undergraduate filmmaking program shortly thereafter. In 1992, he was awarded an honorary degree from NYU. He is also a member of the Tisch School of the Arts Dean’s Council and was the honored speaker at Tisch’s commencement ceremony, Salute, in 2014, where he credited the school with graduating the most gifted students of this generation.

“We are incredibly grateful for the visionary and transformative generosity of the Hobson/Lucas Family Foundation and their belief in the power of Martin Scorsese’s legacy and the future of cinematic storytelling,” said Allyson Green, Dean of NYU Tisch School of the Arts.

“I am honored and delighted that Martin Scorsese’s outstanding artistic legacy, and long association with the school, will be celebrated through this new Institute. At NYU Tisch, we believe in honoring cinema’s storied history through rigorous scholarship and preservation to better understand the artform’s ability to document and reflect culture through the decades. As the training ground for some of the world’s most revered actors, designers, and filmmakers, we also believe in pushing the boundaries forward for what is possible in storytelling. This remarkable gift will enable our diverse, global graduates to study the cinematic past, and to create our cinematic future,” she continued.

Celebrating the Cinematic Past

The gift’s dual aims of celebrating the past while creating the future will be realized through additional support for the Cinema Studies department, which encompasses the highly selective Moving Image Archiving and Preservation program. NYU’s Cinema Studies Department, one of the first university departments in the country devoted to the history, theory, criticism, aesthetics, and preservation of film and the moving image, will be renamed the Martin Scorsese Department of Cinema Studies.

“George and I have known one another for what seems like a lifetime, and he has always been driven to create new, imagined worlds on screen. His urge—his obsession—is part of a tradition that begins with the cinema itself and the films of Georges Méliès. I suppose you could say that my own obsession grows out of the cinema’s other parallel tradition, which originates with the Lumière Brothers: exploring the mystery and the beauty and the strangeness of the world before us, of ongoing life,” said Mr. Scorsese.

The scholarship fund will support a new generation of film artists and academics—known as ‘Scorsese Scholars’—by providing tuition assistance to students in film and TV, cinema studies, and/or moving image archiving and preservation who demonstrate financial need and academic merit, in order to promote diversity within cinema. Additionally, the Martin Scorsese Internship Fund will provide stipends to Tisch students undertaking internships related to moving image archiving and preservation each year.
Martin Scorsese, who serves as Founder and Chair of the Film Foundation, has long extolled the importance of film preservation and the critical role of the filmmaker in shaping America’s artistic heritage. NYU’s Cinema Studies Department was one of the first university departments in the country devoted to film history, theory, and aesthetics and has since expanded to include broadcast television, video art, and digital media. The Martin Scorsese Department of Cinema Studies will further leverage these evolving technologies to build the future of scholarship and preservation in the cinematic arts.