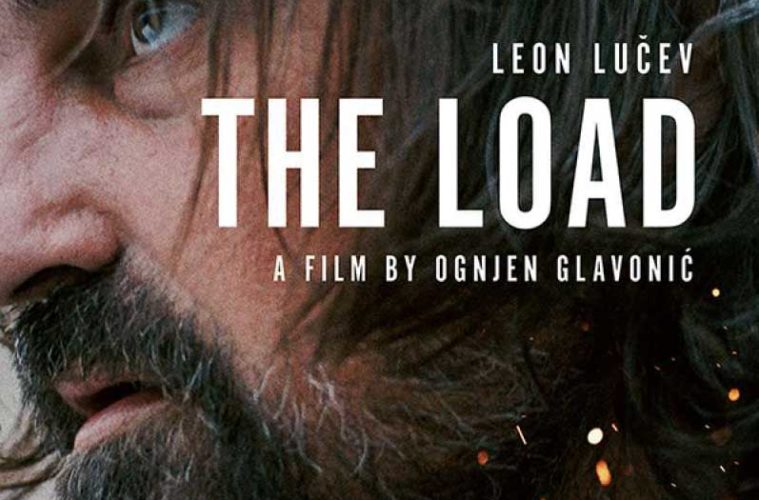 Marrakech Review: ‘The Load’ is a Politically-Minded Thriller with Genre Flourishes

The Load is about a man and a van. We’re in Yugoslavia in 1999, where the rumble of NATO bombers can be heard in the distance. The man’s name is Vlada (Leon Luvec) and his job is to drive a container full of who-knows-what from Kosovo to Belgrade, no questions asked. His consignment and consigners are not divulged. Even he sits uneasily in his driver’s seat as worrying clanks emit from his cargo. In times of war what is out of sight can so easily slip out of mind.

The film was written and directed by Ognjen Glavonić, a 33-year-old Serb who grew up close to Belgrade and would have been in his mid-teens when NATO launched their non-UN-security-council-approved campaign to pressure the country into withdrawing its troops from Kosovo. His first feature is an ambitious piece of filmmaking, as thrilling as it is both politically and emotionally serious, and delivered with an injection of genre flourishes that save the thrust of the story from ever getting too bogged down.

Indeed, that use of genre tropes is what makes The Load stand but they also betray that very seriousness just a little at times. For one, Glavonić not only uses a clanking MacGuffin to capture the audience’s attention; he titles his film after it. This is like if Robert Aldridge had called Kiss Me Deadly “The Suitcase” or if Steven Spielberg had called Raiders—oh wait, hang on.

There are also some issues with perspective. We open on a gorgeous shot of Vlada’s white van winding down a rolling hill—an image that would not look out of place in a film by Nuri Bilge Ceylan. We see the driver and watch him stop for gas, getting out and walking back and forth in real time. He drives on until he finds the bridge to Belgrade but a fire has blocked the road so he stops to get directions. Until now we’ve never left his side and it has proved hypnotic. There’s an exciting air of high concept about it all. Vlada is told with some portent: “You’ll have to take the old road.” Train your ears and you might hear a whisper of Mad Max emitting from Vlada’s exhaust pipe.

Unfortunately, this effective minimalism does not last. Glavonić’s camera eventually leaves Vlada’s side, breaking the spell somewhat, to take little narrative detours with interesting but frankly peripheral characters. It’s as if the film loses its nerve just as Vlada loses his grandfather’s lighter, an artifact we learn the man was given in honor of his service resisting the fascists in World War II. The film is rife with these symbols of the region’s past glories, including an incredible scene shot beside a monument to a battle that took place in the uprising in 1941. The monument’s macho inscription reads: “When in need, use again.” So much for that.

The man arguably responsible for losing the lighter is Paja (Pavle Čemerikić), a young lad Vlada picks up along the way who goes for a piss and leaves the door open to scavengers. For some reason Vlada never scolds him for this, perhaps because he sees his own son in him and an opportunity to make amends for not being home so often. The two men bond about their own difficult fathers. Paja gives him a cassette of his punk band. The Load will turn out to be a film about the weight of things we pass down: a lighter; a cassette; even a war perhaps. What was comfortably out of sight for Vlada begins to slip back in mind.

Politically speaking, the gaping wounds of that conflict remain wide open and yet the most uncomfortable truths—to my knowledge–are still something of a taboo for filmmakers from the region. As can be seen in Depth Two, a documentary Glavonić made in 2016, and now The Load, the young director appears to be trying to find a way to come to terms with his country’s history through his cinema. That effort may be something worth keeping a close eye on.

The Load screened at the Marrakech Film Festival and opens on August 30.