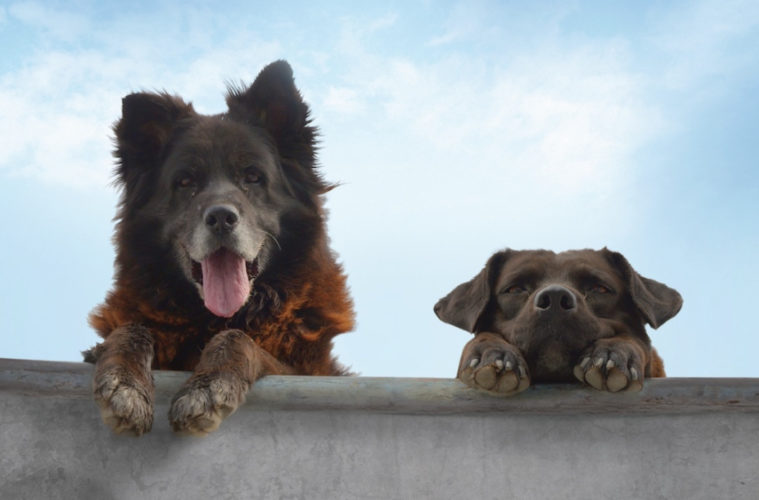 When it comes to dog movies, Hollywood usually piles on extraneous family-friendly melodrama to build up a narrative. A new documentary hailing for Chile, however, puts our stars–and pretty much only our stars–front and center. Los Reyes is a formally impressive, heartfelt look at canine best friends who more or less govern a skate park and those that cross their path. Told with a patient eye and little frills, one comes away with a raw, poignant feeling of camaraderie.

Bettina Perut and Iván Osnovikoff’s documentary, which I caught at Film Comment Selects earlier this year, will now get a theatrical release this August, courtesy of Grasshopper Film, starting at New York City’s Film Forum on the 14th of the month. Grasshopper have now debuted the U.S. trailer and poster, which show off the beautiful tale of friendship that awaits.

Los Reyes is the oldest skate park in Santiago and it brings together teenagers from very different social and cultural backgrounds. Chola is young and vigorous and spends her days playing with balls that she throws to the pools in which skaters ride. Football is an old dog, but beautiful and energetic, that obsessively accompanies Chola in this game. The human world appears in stories of adolescents in transit to adulthood. We listen to their voices and see fragments of their bodies as part of the environment that surrounds the world of dogs. As Football grows old and Chola is left alone, the juvenile stories confront us with the rawness of a youth that does not find a place in our society.

Los Reyes opens on August 14 at Film Forum and will expand in the coming weeks.