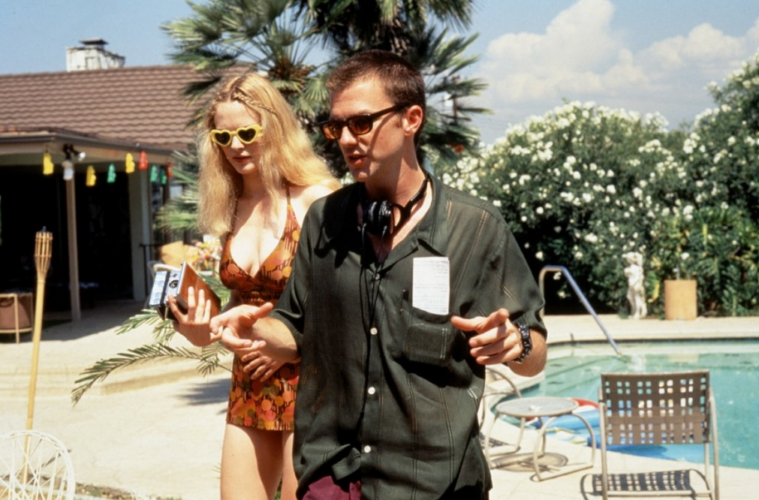 While the wait wasn’t as long between There Will Be Blood and The Master, the next Paul Thomas Anderson feature has finally arrived. Considering we’ve discussed Inherent Vice at length — and will continue to do so for the next many months (and years) — to celebrate the release, we’re going further back in the writer-director’s career, to specifically his second feature, Boogie Nights.

In some ways the most reminiscent of his films to Vice, he first conceived the idea when creating the 30-minute short The Dirk Diggler Story back in 1988. Acting as a mockumentary, it would introduce us to our main character and much of the dialogue that would be found in his break-out film nearly a decade later. To go along with the short, we also have a 30-minute conversation Anderson had with Elvis Mitchell around the time of Boogie Nights‘ release, in which he dives into his taste for characters, working with the MPAA on cuts, his experience of watching pornography, and much more.

After going through a recently published, excellent oral history at Grantland, listen to both the conversation and watch the basis for the feature film below.

Is Boogie Nights amongst your favorite PTA films?