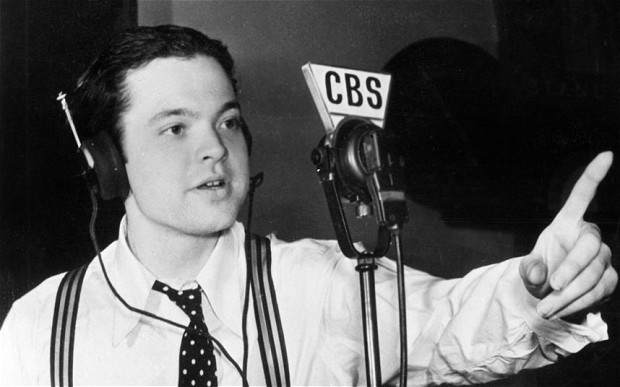 Listen to an Archive of Orson Welles’ Radio Plays You’ve seen the films. (Some of them, at least.) You’ve heard the stories. You’ve read the outlandish quotes. You’ve seen… the unfortunate commercials. All of these and all of these alone could comprise a proper study of Orson Welles, but enthusiasts really shouldn’t ignore his extensive work in radio — not just War of the Worlds, as great as that is. Thanks to the tireless searching of the Internet Archive and some good embedding work from Film Detail, anyone reading this can access a wealth of titles produced by his legendary Mercury Theatre, including Shakespeare adaptations and, on the lesser-known side, Radio Almanac, “[a] mix of comedy, trivia, music and drama, with Agnes Moorehead as president of ‘the Orson Welles Swoon Club.'”

The audio quality varies, but a) only a small selection are so degraded as to be rendered inaudible, and b) sampling a range of these recordings indicates that many treasures are available within. (The aforementioned sections might even pale in comparison to his political commentary and wartime broadcasts.) So go ahead and, between your centennial-celebrating viewings of The Magnificent Ambersons and The Trial, try out one of these shows to get a further window into Orson Welles’ seemingly endless supply of ingenuity.

Listen to some below and more at the aforementioned links:

Have you listened to many of Welles’ radio productions? What is your impression of them?