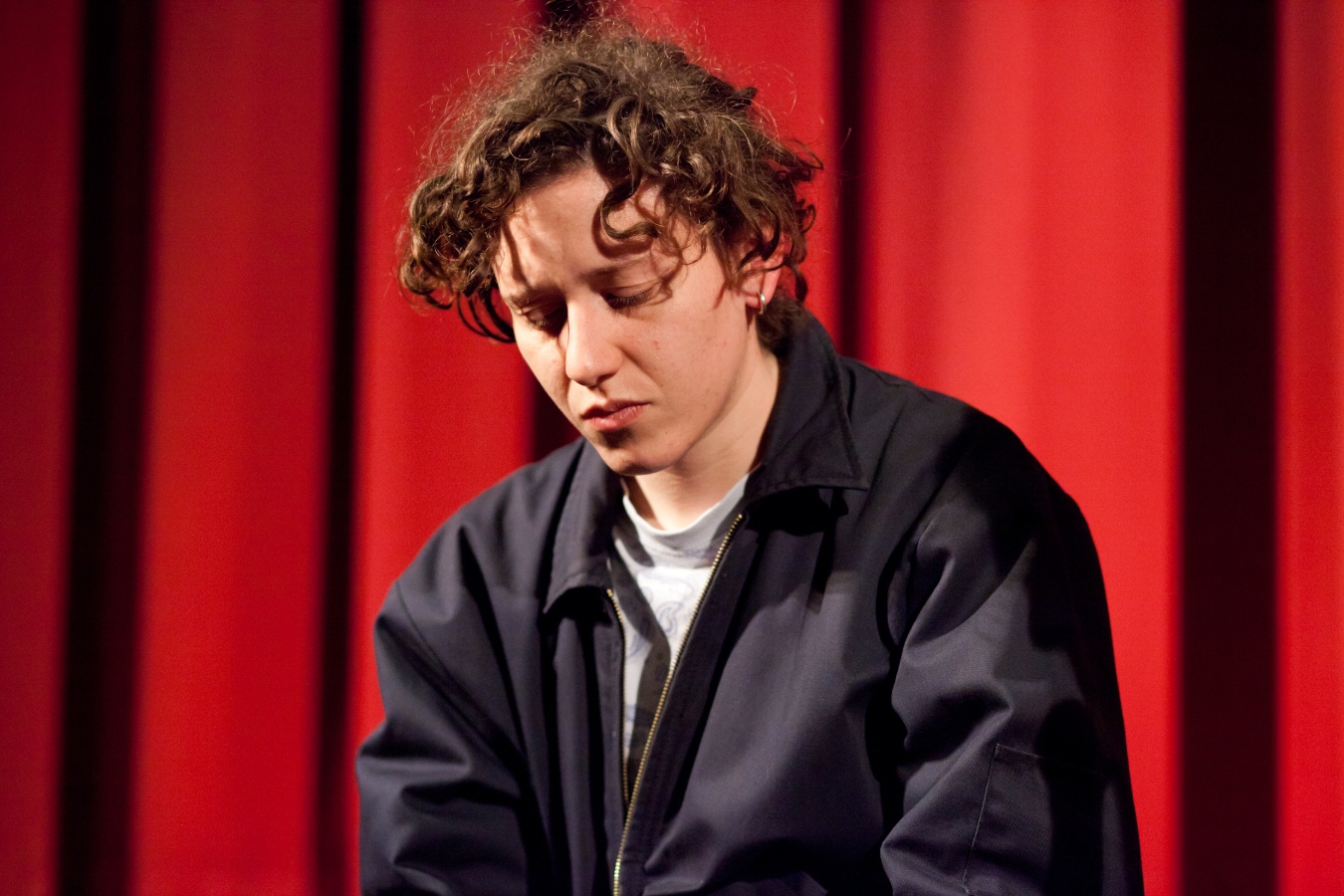 Proving to publications around the world they should wait until the year’s actually over before naming the best in their particular field, Mica Levi has now dropped her new solo album titled Ruff Dog. Capping off a particularly prolific year, the Under the Skin and Jackie composer also scored A24’s yet-to-be-released Zola, Jonathan Glazer’s short Strasbourg 1518, and three Steve McQueen films (Mangrove, Lovers Rock, and Red, White and Blue).

Her new album, clocking in at 25 minutes across 11 tracks, is described as thus: “a lot of pixels later there was a huge surge in frequency and some tiny clouds of knowledge burst into rain during the dress rehearsal for the collection of a lost wav file. in this moment the other clouds parted and a ray of sunshine shone onto input 1 and 2 on the audio interface – the screen brightness dimmed and instead there was a long 6 hour recording session split into 2 days in which they quit smoking and decided to live in the song. after the break the words might rhyme or come out dusty. everlasting they left the phone call.”

Listen below along with two music videos via Pitchfork. Read our interview with Levi here.