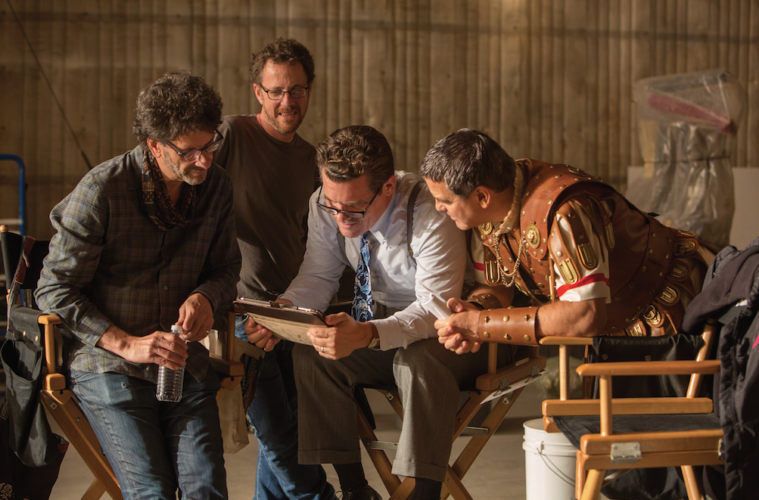 With Hail, Caesar! arriving in theaters this week the Internet (at least the section that talks about movies) will be alight with bits and bobs concerning the films of Joel and Ethan Coen. We’ll avoid stoking any flames with something such as a “definitive” ranking — such is the nature of their oeuvre that numerous people will tell you Intolerable Cruelty is one of their best and Fargo deserves a spot near the bottom, or literally any number of possible combinations — and instead share a number of materials relating to the new film (of which we’re great admirers), the older titles, and the Coen brothers in general.

First up, the brothers have told Variety that they aren’t planning any sequel to The Big Lebowski, but could see a Barton Fink follow-up. “We’re going to do a Barton Fink sequel at some point,” Ethan says, noting they haven’t written it yet. Joel adds, “That’s the one movie that we thought deserved a sequel, called Old Fink. But we don’t want to do it until Turturro is quite old. He’s getting there.”

Now, let’s work our way through the material. First, perhaps most interesting of all is a discussion with the duo surrounding Fargo, from last week, at New York City’s Film Forum, which has held a career-spanning retrospective in the lead-up to Hail, Caesar! Of similar interest is a video essay, Coens | 30, stringing the many commonalities in performance, tone, image, movement, etc. found across 30 years of their filmography; relating to that, too, yet more directly connected to the new film, is a 30-minute interview with Josh Brolin detailing his series of collaborations with them and Roger Deakins.

More directly on the promotional side is a clip (via Yahoo!), featurette, B-roll footage – I haven’t watched either, what with my hopes to enter Hail, Caesar! as blindly as possible –and posters of both the official (via IMP Awards) and non-official (via Hero Complex and Birth.Movies.Death.) variety. Selections from each are included below, while more is available at the respective links.

Have at it, along with new images: