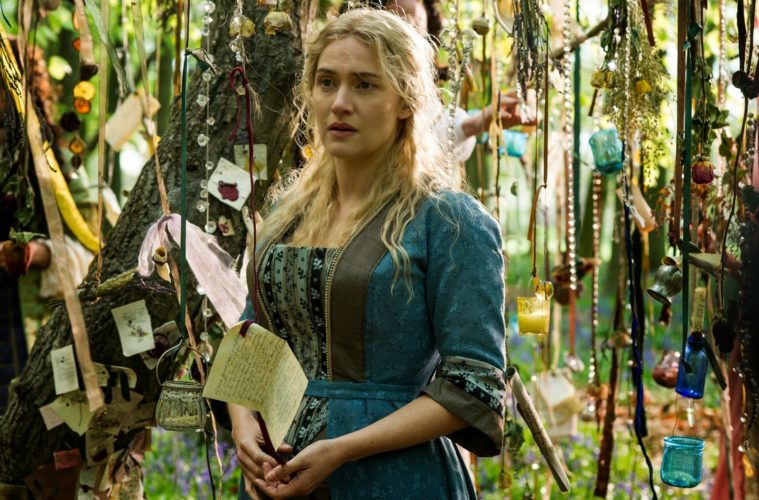 There’s hardly a subject more niche than 17th Century French royal gardening, but in the hands of Alan Rickman it becomes the backdrop for a charming romance with some light philosophical undertones. Directing for the second time after 1997’s The Winter Guest, he also costars as King Louis XIV who commissions André Le Nôtre (Matthias Schoenaerts) to create a new royal garden in Versailles. Le Nôtre in turn hires Sabine De Barra (Kate Winslet) to create an unprecedented outdoor ballroom. The stakes are low, so low in fact that at times the story lacks any momentum. It’s as if Rickman has fallen in love with the characters himself and is incapable of giving them any serious conflict to deal with. The importance of gardening to the characters is never translated to the audience, and the prospective romance falters.

Schoenaerts and Winslet excel individually — Winslet shares a few scenes with Rickman, including a humorous one in which the King is mistaken for a gardener — but together they lack chemistry. Both are given unnecessarily tragic backstories and entirely earnest characters, with nothing fun to play off; Stanley Tucci’s flamboyantly camp ‘Monsieur’ Philippe Duke D’Orleans and Rickman’s own brand of dry sarcasm provide sorely needed but too rarely given comic relief. The pacing senses this, resolving Le Nôtre and De Barra’s problems as soon as they are fully articulated. The most resonant moments of A Little Chaos come through its theme of chaos and order. This is a fundamental principle of the gardening profession and a philosophical disagreement between the characters, in finding the balance between making nature obey your will and keeping a sense of wild beauty. Unfortunately the way this comes to bear on their personal relationships is clumsy — Le Nôtre gives the advice to “adapt like a plant.” During the day the countryside looks stunning but nature’s own chaos and danger is never felt, another missed opportunity.

There’s the obvious feminist angle to a woman doing a man’s job in the 1600’s, and this is the strongest conflict in the film. The other job candidates laugh at De Barra, and her work team abandon her. It’s a struggle just to be taken seriously. It’s a refreshingly modern take on the period as she’s the only wholly fictional character in the film. The style of dialogue as well as the costume and make-up are accurate enough to be believable but modern enough to be accessible, and the interiors are stunning, shot at various English stately homes which are rarely represented on screen.

The world and atmosphere of A Little Chaos are generally pleasant. There are worthwhile scenes that could perhaps be edited into a compelling 90-minute film, but at its full two hours there’s not much of a story to latch on to.

A Little Chaos screened at London Film Festival and will be released on March 27th, 2015.