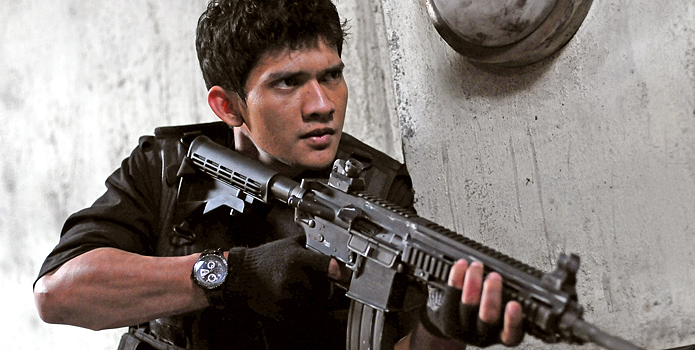 Lebanese Drama ‘Where Do We Go Now?’ & Indonesian Actioner ‘The Raid’ Among TIFF 2011 Award Winners As I sit here in the Toronto airport waiting for my flight back to New York City, TIFF has announced their winners of the 2011 fest. The top prize, recently given to films that would go on to win Best Picture including The King’s Speech and Slumdog Millionaire, has gone to something unexpected. In my ten days and almost 40 screenings attended, I didn’t hear a single person mention it.

The Cadillac People’s Choice Award, voted on by fest audience was the drama Where Do We Go Now?, directed by Nadine Labaki. The official synopsis reads, “set against the backdrop of a war-torn country, [the film] tells the heartwarming tale of a group of women’s determination to protect their isolated, mine-encircled community from the pervasive and divisive outside forces that threaten to destroy it from within.” I supposed we can look for it in the Best Foreign Oscar race. Runners up were Asghar Farhadi’s A Separation and Ken Scott’s Starbuck.

The documentary prize went to Jon Shenk‘s political documentary The Island President, following “Mohamed Nasheed [who] wins the presidency after a 20-year battle for democracy in the Maldives, only to face an unfathomable challenge: to save his island nation from rising seas.” The midnight madness prize went to the highly-buzzed about Indonesian actioner The Raid, directed by Gareth Evans. Following “a SWAT team that is trapped in a rundown apartment block in Jakarta filled with heavily armed drug dealers and killers,” you can check out the trailer here. Adam Wingard’s You’re Next and Bobcat Goldthwait’s God Bless America took runner-up prizes.

Check out our extensive coverage by clicking the image below.

What do you think about the TIFF prize winners? Which one are you most looking forward to?