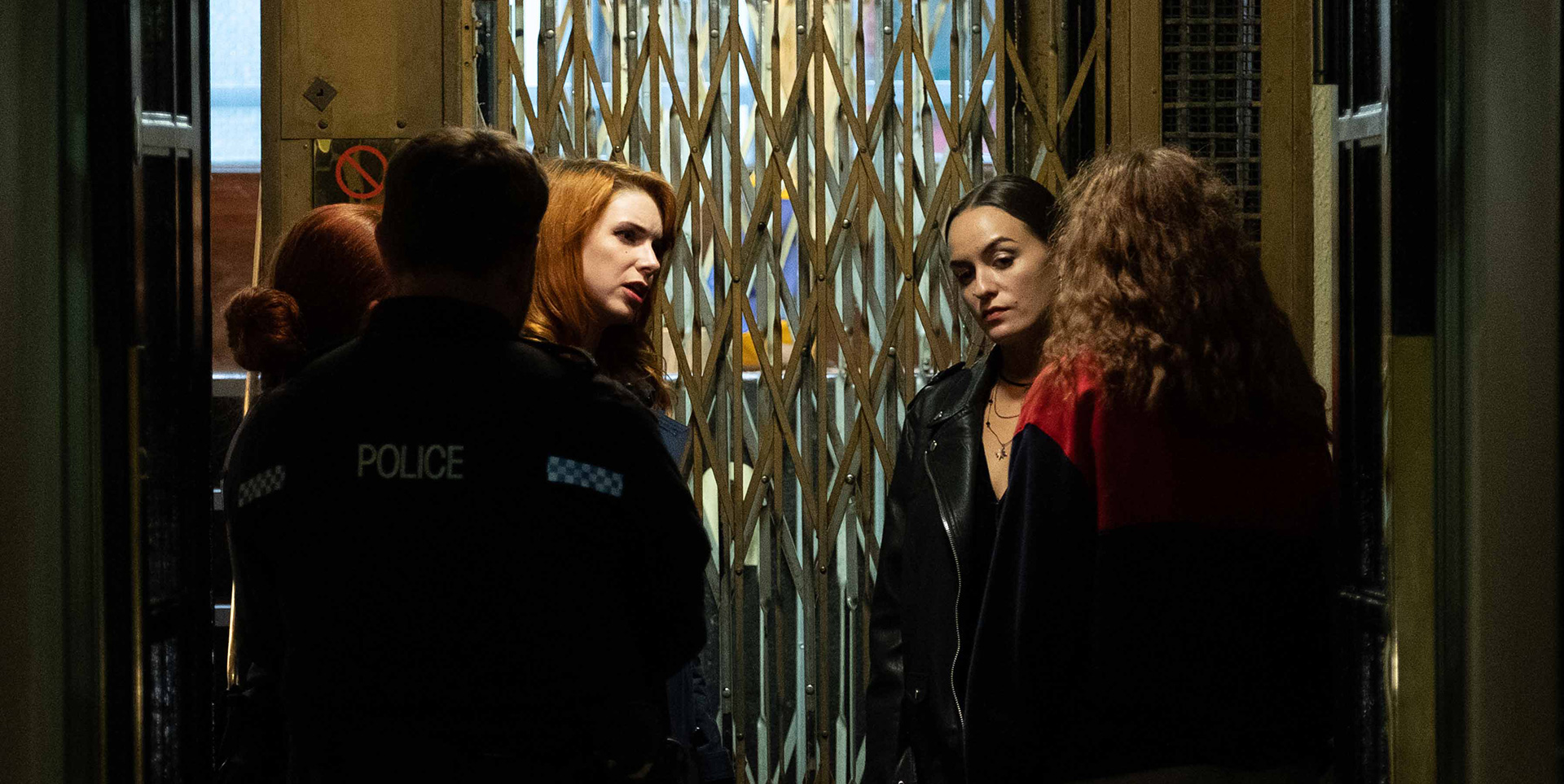 Ben Dollarhyde (Oded Fehr) just murdered his wife and son. There’s no refuting it. He admits that his body committed the crime. His mind, however, did not. And while he knows saying that sounds crazy, he cannot stop himself from believing it and subsequently telling a colleague (Corey Johnson’s Steven Caramore) who might agree. Except Caramore has never been a believer in the supernatural despite the fact he, Dollarhyde, and Ola (Kashif O’Connor) have worked in the paranormal sphere for years. Rather than make a career out of testifying at trials and collecting cursed artifacts because demons are real, however, he’s done it precisely because nobody can prove their existence either way. It’s therefore an easy paycheck. Corroborate stories, feign expertise, and earn some “scratch” in the process.

Caramore is, however, offended by Dollarhyde’s accusation that he’s to blame for what happened. He’s the one who put the weapon (a carved statue) into Dollarhyde’s house. Was it to discover evil or prove the opposite? Which holds more potential for profit? Either way, two people are dead and another is behind bars. Add Dollarhyde’s lawyer (Alexandra Gilbreath’s Coulson) to the equation—a woman who has had it in for Caramore since the day she met him—and a combination of curiosity and guilt pushes him to wonder if all this mumbo jumbo holds water. To find out for certain, Caramore decides to conduct an experiment. He’ll lure an unsuspecting family to his father’s abandoned building, leave some “cursed” objects lying around, and record what happens.

Welcome to Adam Ethan Crow’s Lair: a horror thriller wherein Caramore sits behind his computer spying on four tourists unlucky enough to stumble upon his “luxurious stay with a view.” It’s rushed, messy, and absurd (illegally filming potential murders might exonerate his friend?) in ways that would have you believe the tone might shift into comedic territory and yet it proves earnest in its severity throughout. The tagline speaks about unleashing inner demons, but that’s refuted early considering Dollarhyde tells us a demon inhabited him from the artifact to use his body. This is more of a possession flick that engages with stressed-out characters trying to find their way through an emotional minefield of their own making while Caramore watches without a single contingency plan.

Why would he one, though? He doesn’t believe this stuff. Is the film’s goal to therefore make him a believer? We’d have to care about him for that to be true and he’s intentionally drawn as the least likable character of the bunch. Is it to bring his new tenants closer together? Maybe. Setting up frustrations that stem from their unique situation (Aislinn De’Ath’s Mariah is newly divorced with two children—Anya Newall’s teenager Joey and Lara Mount’s nine-year-old Lilly—and intent on making her new girlfriend, Alana Wallace’s Carly, part of the family) does open cracks wider as allegiances and grievances are laid bare, but we also can’t care about them as more than victims if the text refuses to comply. So what’s left besides violence?

That’s what Crow delivers, for better or worse. His characters are merely pawns. Dollarhyde is forgotten as soon as he puts weight onto the artifact used to bludgeon his loved ones. Caramore is reviled enough to believe he could finagle his way into reacquiring that weapon without any context as to how. And Mariah, Carly, and the girls are positioned as lambs to slaughter with their underlying rage bubbling to the surface as a means of hiding the identity of which has been possessed by the demon. Is it angry Mom? Is it annoyed girlfriend? How about infantilized older daughter or cutely imaginative younger daughter? What about creepy Caramore hoping for lesbian sex? Who’s watching him as he watches them? It’s a recipe for superficial intrigue—nothing more.

And the blame lies squarely with the script for writing them all as red herrings rather than three-dimensional people worthy of background history beyond their specific motivations for colliding right here, right now. I single out the script rather than Crow himself because I do think he does a pretty good job on the directing front. The monster effects shrouded in shadow are memorable (as well as some other variations meant to mimic The Conjuring with multiple evils working at once despite never quite delineating them) while the gore stands out as the best part of the whole: gruesome and believable. Work on giving us something to grab hold of to his characters beyond expendability and this has room to become a real winner. Cool deaths aren’t enough.

Neither is an epilogue that looks to inject some last-second mystery via puppet-master. What’s meant to be shocking only ends up feeling like a tacked-on afterthought that doesn’t ultimately make sense without additional information. That half-baked nature becomes a consistent trait from start to finish as we’re always thrown into situations without a concrete beginning or coherent end. I do like the desire to play with perception via cameras, but only doing so once during the climax—showing the aftermath before showing the carnage despite going to “tapes” we know won’t actually show anything—feels more about deflection by subtraction than anything else. So, while I’m all for Crow’s impulses, the execution here leaves something to be desired. Hopefully Lair ultimately proves a sign of greatness to come.