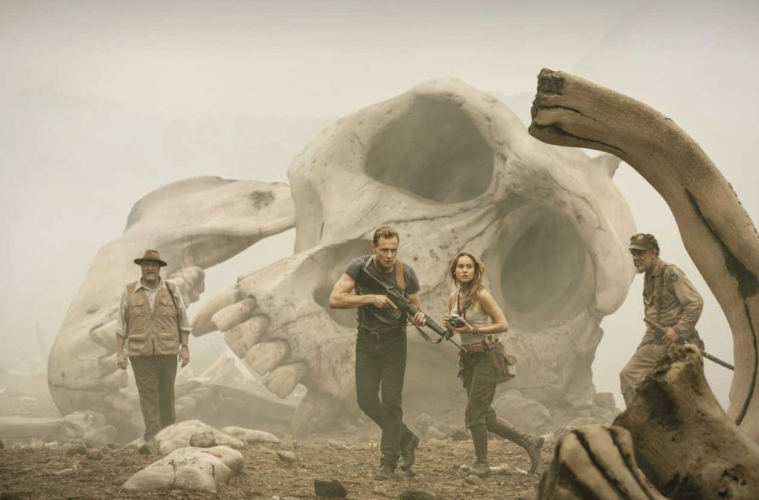 After Gareth Edwards successfully brought Godzilla back to screens, it’s time for King Kong to get his due. Ahead of a mash-up down the line in 2o2o — and a Godzilla sequel in between — Jordan Vogt-Roberts will deliver Kong: Skull Island. Capturing the “mythos of Kong’s homeland,” the star-studded adventure will arrive next spring, and Warner Bros. has delivered its first trailer.

“From the size of the skull, you can tell that things on this island are much bigger than audiences are used to with traditional Kong lore,” Vogt-Roberts tells EW, referencing the above image. “Our Kong is by far the biggest Kong that you’ve seen on screen, and that translates to a lot of different things on the island.” He adds that, “We’re very explicitly not telling the beauty and the beast story.”

Check out the trailer and poster below: