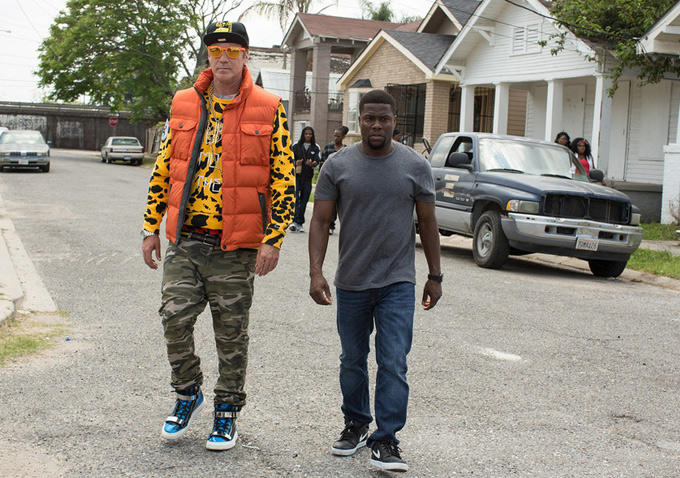 Kevin Hart Helps Will Ferrell ‘Get Hard’ In First Trailer After proving his box-office success, regardless of quality, with this year’s Ride Along, Kevin Hart is now seemingly the go-to for the buddy comedy. His next, Get Hard, teams him with Will Ferrell and today the first trailer has landed. Coming from Tropic Thunder writer Etan Cohen, the story centers on Ferrell’s millionaire hedge fund manager James who, after getting nailed with fraud, mistakenly recruits Hart’s clean-cut character to help him prepare for prison.

“Come on, man, you have Will Ferrell and Kevin Hart, you know doggone well we’re not staying on the script. There was tons of improv. Sometimes it would fall flat, and then we’d nail it — home run,” Hart tells USA Today. “We are actually talking about things that people may say or might feel. It helps draw attention to the stupidity.” Also starring T.I., Alison Brie, and Craig T. Nelson, check out the trailer for the Adam McKay-produced spring release below. Get Hard opens on March 27th.