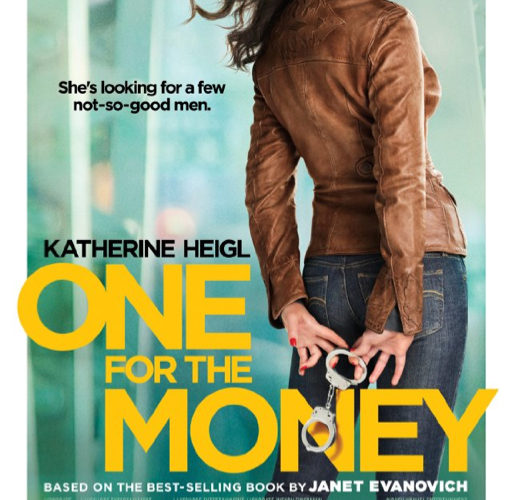 Katherine Heigl Does Jersey in ‘One for the Money’ Trailer It’s no secret that I hate Katherine Heigl. In fact it was less than a year ago that I pleaded with moviegoers to avoid her last insipid effort, the oh-no-we-have-a-kid rom-com Life As We Know It. (Thankfully many of you did.) Still, she’s back again with another zany rom-com featuring a shrill girl who falls for a gruff guy.

In One for the Money, Heigl plays Stephanie Plum, a recent divorcee with no job and no prospects until her cousin gives her a chance at his bail-bonds business. So of course, her first assignment is to track down her tacky ex and bring him to justice. (Am I wrong or wasn’t this the plot of The Bounty Hunter? I may be wrong as I avoided that movie just as I intend to duck this one.) Anyhow, from the trailer you can see Heigl really stretches herself, affecting a Jersey accent (I guess that’s what that is – Badda bing badda boom!) and dons brown hair. Somebody get this woman a Golden Globe!

Notably, this criminal rom-com was originally set to hit theaters this summer. But despite being based on a best-selling novel by Janet Evanovich, it’s been bounced around more than a beach ball and has now landed in the dumping zone that is January. So while most moviegoers will be clamoring to see the acclaimed cinema being buzzed about for Oscar glory, Heigl and this cringe-inducing comedy will sneak into theaters, not with a bang (or a badda bing) but with a whimper. One for the Money opens January 27th and co-stars Debbie Reynolds, Jason O’Mara and Sherri Shepherd.