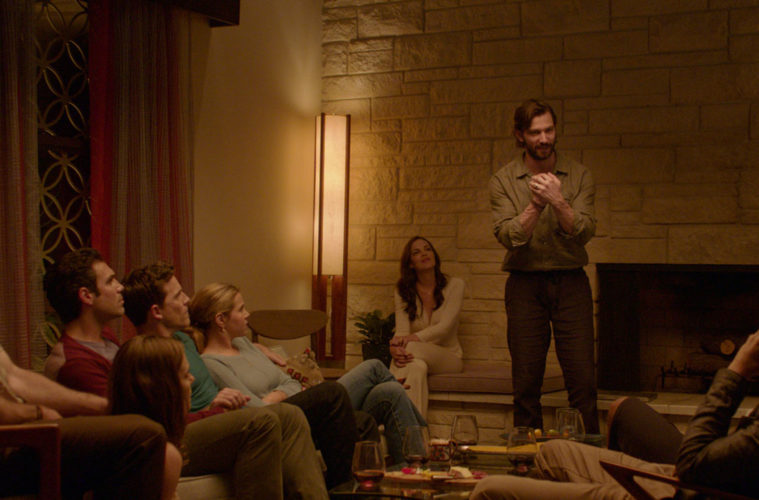 After breaking out with Girlfight, which we recently named as one of the great boxing movies, Karyn Kusama‘s career has been a curious one, including the Charlize Theron-led Æon Flux and the Diablo Cody-scripted Jennifer’s Body. She now seems to be returning to her low-budget roots with The Invitation, a taut psychological thriller which follows a dinner party with many twists and turns. We’ve heard the less the known is better, but if you must indulge, the first trailer has landed.

We said in our review at SXSW, “When you play in the midnight slot of a film festival nowadays, audiences can expect something to go horribly wrong within the world of the movie. So going into The Invitation, without even knowing what it is about, there’s the impending sense things aren’t going to turn out well. Yet even in that environment, it becomes painfully clear that director Karyn Kusama’s latest feature is going to make audiences outside of that context aware of the stakes. As the tension effectively builds and pay-off is pulled off with aplomb, The Invitation is a mostly effective small-scale thriller, despite some missteps along the way.”

In this taut psychological thriller by Karyn Kusama (Girlfight, Jennifer’s Body), the tension is palpable when Will (Logan Marshall-Green, Prometheus) shows up to a dinner party hosted by his ex-wife Eden (Tammy Blanchard, Into the Woods) and new husband David (Michiel Huisman, “Game of Thrones”). The estranged divorcees’ tragic past haunts an equally eerie present; amid Eden’s suspicious behavior and her mysterious house guests, Will becomes convinced that his invitation was extended with a hidden agenda. Unfolding over one dark evening in the Hollywood Hills, THE INVITATION blurs layers of mounting paranoia, mystery, and horror until both Will—and the audience—are unsure what threats are real or imagined.

The Invitation opens March 25th in theaters and VOD.