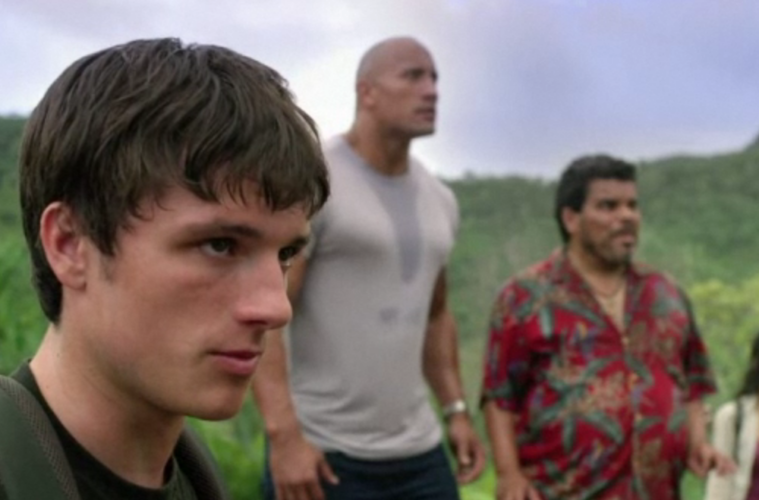 Alright, so the real stars may be Vanessa Hudgens and Josh Hutcherson, but the two people mentioned in the headline are the biggest draws for me with this adventure. 2008’s Journey to the Center of the Earth served mostly as a 3D experiment/roller coaster-esque ride and it paid off, with almost $250 million worldwide. WB soon put into production a psuedo-sequel and now we have our first trailer.

Brad Peyton (Cats & Dogs: The Revenge of Kitty Galore) steps in as director for Journey 2: The Mysterious Island. Despite heading back into action territory with huge success in Fast Five and possibly in the upcoming G.I. Joe 2: Retaliation, Dwayne Johnson is back for another family adventure, in the shoes left by Brendan Fraser. And for reasons I can’t tell at this moment, Michael Caine has a supporting role.

The first trailer is extremely kid-friendly and the effects look not dissimilar to something you would find in a Robert Rodriguez Spy Kids film. But if objects flying off of The Rock‘s pulsing pecs is your thing, then you will love this. Check out the trailer below (via Yahoo) for the film also starring Kristin Davis and Luis Guzmán.

The new journey begins when Sean receives a coded distress signal from a mysterious island where no island should exist — a place of strange life forms, mountains of gold, deadly volcanoes, and more than one astonishing secret. Unable to stop him from going, Sean’s new stepfather joins the quest. Together with a helicopter pilot and his beautiful, strong-willed daughter, they set out to find the island, rescue its lone inhabitant and escape before seismic shockwaves force the island under the sea and bury its treasures forever.