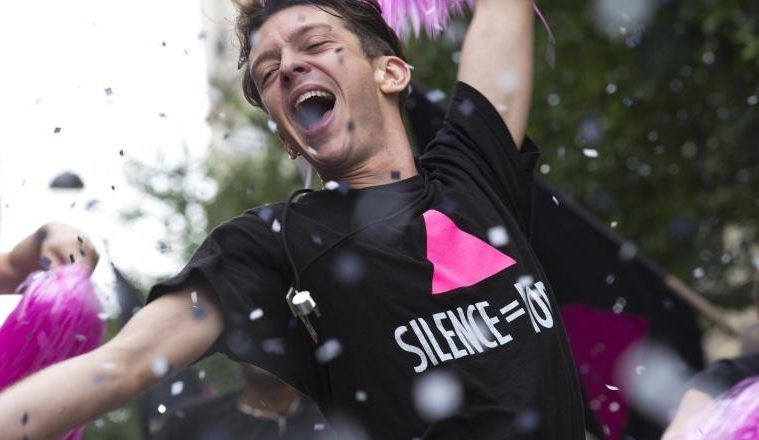 In 2017 many of us went to the movies to try and find what we feared we would lose in real life. I found myself particularly drawn to films led by women and people of color that would reassure me that there was something worth staying alive and fighting for when it seemed the world was on fire. By the third time I found myself sitting down to watch Wonder Woman on the big screen, popcorn and candy in hand, I realized I kept coming back because its powerful message compelled me to return. When Amazon princess Diana explains, “Only love can save this world. So I stay. I fight, and I give,” it was as if the movies were giving me a mission: go out and be the best person you can be, help others, and come back to us when you need to refuel. So, here’s what I found in my ten favorite films of the year:

The G in GPS stands for Grindr in director Jérôme Reybaud’s confident film debut, which follows a conflicted man (Pascal Cervo) trying to find himself by escaping his lover (Arthur Igual). Equal parts travelogue and dream journal, the film explored the notion of French masculinity while allowing breathing room for its characters and audience. A vacation it wasn’t, but it was certainly a trip worth taking.

Master humanist Stephen Cone returned with a story of two women of very different generations bonding over a languorous summer where they help each other discover new passions while challenging their own worldviews. Rebecca Spence’s warmth contrasted to Jessie Pinnick’s air of self-conscious carelessness would’ve made Jane Austen swoon.

While many films in 2017 dealt with grief, few did it with the grace, humor, and straightforwardness of Samuel Maoz’s masterfully structured work. Lior Ashkenazi delivered one of the greatest performances of his career as a father dealing with guilt he didn’t even know he was carrying. As for the meaning of the title, it was one of the year’s most gratifying surprises.

Ask anyone to describe David Lowery’s latest film and they will mostly say: Rooney Mara ate a pie and Casey Affleck spent most of his time under a white sheet. And yet, this is a film where everything happens. It’s a history of humanity, an essay on literal soul searching, and one of the most romantic works of the past few decades. At the risk of making the cheapest of puns, it will haunt you forever.

Bill Morrison’s incredible documentary felt like the most fascinating game of “six degrees of separation” to be put on film, as he traced several key moments in film, and world history back to a little town in the Yukon. To say more would be a disservice to a film that asks to have its many layers delicately unfolded and thoroughly enjoyed.

Greta Gerwig’s sensitive directorial debut will most likely be regarded as a turning point in her career, with reason, and yet, as everything else she’s done so far, the film has an air of effortlessness that makes it feel magical. Saoirse Ronan, as Gerwig’s surrogate, continues to impress with a performance that feels so lived in it felt almost too intimate to watch at times.

Growing up I spent countless hours spinning in my living room pretending I was Lynda Carter as Wonder Woman. Little would I imagine myself repeating the same ritual as a 31-year-old beguiled by the charisma and power of Gal Gadot who took the DC superhero to the next level. Along with director Patty Jenkins, Gadot created a feminist myth for the ages.

Director Ruben Östlund continued his exploration of masculinity with a butterfly-effect tale set within the world of modern art museums. Claes Bang was the perfect antihero as the ironically named Christian, who bulldozes through life trying to please no one but himself. His unorthodox comeuppance equal parts hilarious and heartbreaking.

Robin Campillo’s account of what it was like to be a member of ACT UP in the 1990s epitomized why the personal is always political. His kind-hearted, unsentimental approach to the struggles of people living with HIV was equal parts brutal and inspiring. Nahuel Pérez Biscayart proved to be a revelation as a young activist living his life as if, literally, every day was his last.

Darren Aronofsky was asked again and again to explain the meaning of his larger than life allegory. He tried his best, much to the dissatisfaction of audiences who found it too obtuse and preachy. I first watched the film with a temperature of 101 and it felt like being in the midst of a fever dream. To quote Kate Winslet in Titanic, I saw truth but no logic. Borrowing elements from Judeo-Christianity, camp cinema, Rosemary’s Baby, and giving Jennifer Lawrence her most complex role to date, the film’s refusal to adhere to norms allowed me to found a strange sense of peace amidst the anarchy unraveling outside the theater.