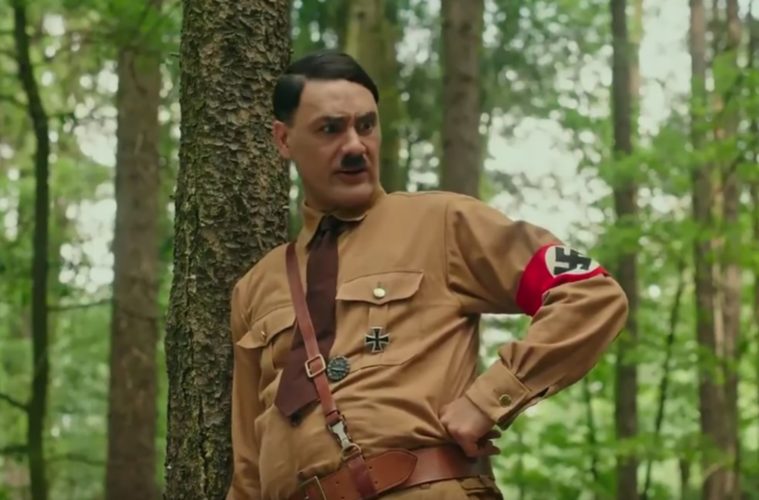 In between his family-friendly Thor adventures, Taika Waititi is letting his darkly humorous side shine. For his next directorial effort, Jojo Rabbit, he plays none other than Adolf Hitler in what Fox Searchlight describes as an “anti-hate satire.” Recently set for a world premiere at TIFF, the first trailer has now arrived for the film which follows a boy who idolizes the Nazi party and dreams up his imaginary version of Hitler.

“It’s not even a super hilarious film; there’s a lot of comedy in it, but again, as with my other films, it’s more of a drama with a lot of light moments throughout. I’m not even sure if it could be construed as a comedy. It’s definitely not a broad comedy. Having said all that, it’s the most original way I feel I would want to look at tackling this subject,” the director told Deadline.

He added, “He’s like a 10 year-old kid’s version of Hitler. So he doesn’t have to share anything with actual Hitler, because 10 year-olds never meet Hitler. He’s basically a 10 year-old who happens to have a tiny little mustache. I didn’t have to do any research, and I didn’t do any research. I didn’t base him on anything I’d seen about Hitler before. I just made him a version of myself that happened to have a bad haircut and a sh*tty little mustache. And a mediocre German accent. It would just be too weird to play the actual Hitler, and I don’t think people would enjoy the character as much. Because he was such a f*cking c**t, and everyone knows that as well. I think people have got to relate to really enjoy the ride.”

Writer director Taika Waititi (THOR: RAGNAROK, HUNT FOR THE WILDERPEOPLE), brings his signature style of humor and pathos to his latest film, JOJO RABBIT, a World War II satire that follows a lonely German boy (Roman Griffin Davis as JoJo) whose world view is turned upside down when he discovers his single mother (Scarlett Johansson) is hiding a young Jewish girl (Thomasin McKenzie) in their attic. Aided only by his idiotic imaginary friend, Adolf Hitler (Taika Waititi), Jojo must confront his blind nationalism.