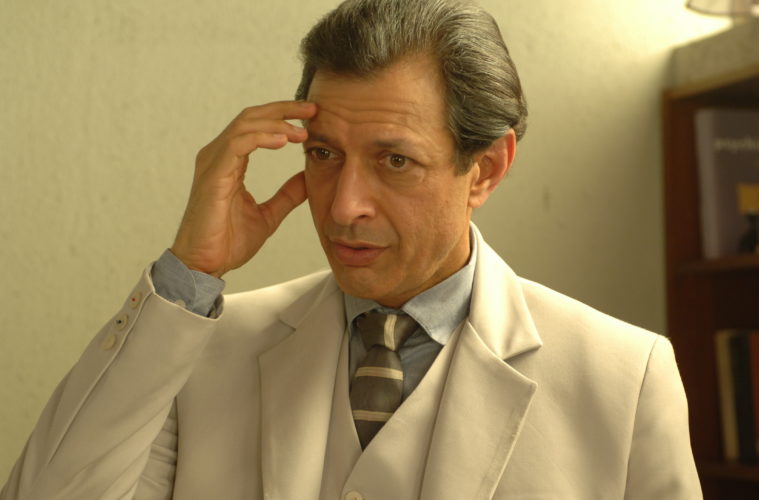 Although he hit the half-century mark last June, Johnny Depp is still one of Hollywood’s leading stars. Despite some questionable blockbuster choices as of late, the actor’s upcoming resume is a bit more versatile, most notably for Wally Pfister‘s highly-anticipated upcoming directorial debut Transcendence, for which you can view the trailer here. However, there are other projects on the horizon, not least of which a reteaming with David Koepp (who Depp previously worked with on 2004’s Secret Window). The film, entitled Mortdecai, is an adaptation of Kyril Bonfiglioli‘s novel of the same name, and today we have a few casting additions.

Variety now reports that Jeff Goldblum, Aubrey Plaza, and Oliver Platt will be joining the already established cast of Depp, Ewan McGregor, Olivia Munn, Gwyneth Paltrow, and Paul Bettany. The story centers on an art dealer (Depp) who searches for a stolen painting which has a mysterious code with the potential to lead to Nazi gold. Not the most original plot, then, but an impressive cast and with the right angle this could be a more than decent picture.

With a screenplay from Eric Aronson, Mortdecai is currently shooting in Los Angeles and although there is no official release date yet, the film is scheduled to come out later this year.

What do you think of the actors who have joined Mortdecai? Is the film on your radar?