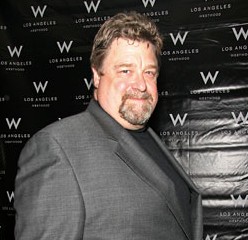 Argo, the third and upcoming directorial effort from Ben Affleck (The Town), found itself in the news just recently when it was announced that Affleck and his cast would prepare for the political thriller by simulating an actual hostage situation for two weeks. At the same time, we also learned that there would six principal cast members for the film — Affleck, Alan Arkin, and four other unknowns. It now looks like we may have cleared up another role, as John Goodman is in talks to play the role of makeup artist John Chambers. [Variety]

The screenplay, adapted by Chris Terrio, is based on “How the CIA Used a Fake Sci-Fi Flick to Rescue American from Tehran,” an April 2007 magazine article by Joshuah Bearman. The complex story behind the article involves a 1979 hostage situation in which “the CIA and the Canadian government teamed to rescue six U.S. diplomats who’d been taken hostage at the American embassy by a group of Iranians.” Goodman‘s potential role — John Chambers, the Oscar-winning makeup artist behind Planet of the Apes — would play a significant part in the CIA’s plan to explain “that the captives were actually a Hollywood film crew scouting a movie titled ‘Argo.'”

George Clooney and Grant Heslov have already signed on to produce the Affleck film. Goodman, whose had a busy year thus far with roles in both Kevin Smith‘s Red State and the Cannes hit The Artist, is currently doing work on the anticipated adaptation of Extremely Loud and Incredibly Close.

What do you think of Goodman’s potential involvement? Who else would you like to see join the cast?