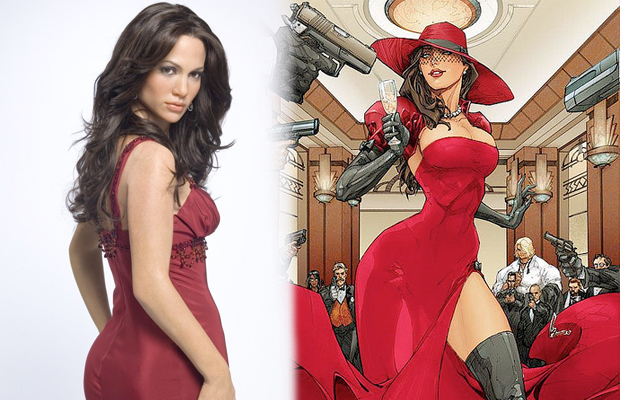 Jennifer Lopez May Answer ‘Where In The World Is Carmen Sandiego?’ There is a certain question that haunted my childhood. It wasn’t as simple as it seemed and was a time-consuming effort to find an answer. It was, of course, Where In The World Is Carmen Sandiego?. I religiously watched the TV show as a kid and played the educational computer game in school, all while learning the glorious subject of geography. Now, Deadline reports a live-action film is coming courtesy of Walden Media and Jennifer Lopez.

Yes, the singer-turned-actress will produce and possibly star in the film that is being described as “National Treasure meets The Thomas Crown Affair.” It would be neat to see a little edge when it comes to the thief character, but coming from Walden, I expect it to fall in line with their other extremely family-friendly properties like the Chronicles of Narnia series. Check out a synopsis below.

When the ACME agency’s greatest detective Carmen Sandiego becomes the world’s greatest thief, it’s up to her former partner to follow her clues and track her down. Their cat-and-mouse game leads the partner to confront a greater mystery: Is Carmen really a thief or a hero? The property originated as an educational computer game before it was turned into an animated TV series.

With Out of Sight being the only Lopez film I’ve flat-out loved, it is interesting to see the thief comparisons with this project. Disney also had the rights to the project over a decade ago with Sandra Bullock, but that project died. Aside from American Idol, Lopez will be seen comedy/drama What To Expect When You’re Expecting next May and Taylor Hackford’s Parker co-starring next to Jason Statham about a year from now. Check out the intro for the Carmen TV show below.

Were you a fan of the property? What do you think about Lopez overtaking it for a live-action film?