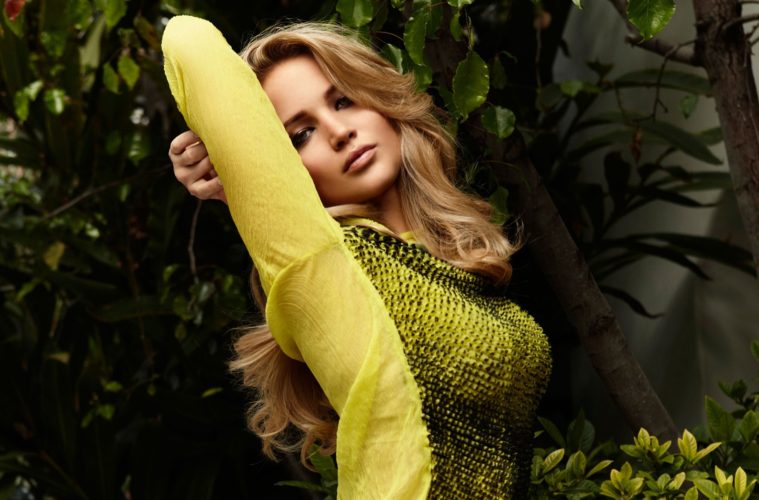 If you find yourself in the theater this weekend for Sin City 2 (or poke around online for more than a few seconds for an illegally recorded version), you’ll be treated to the teaser for Quentin Tarantino‘s The Hateful Eight. While shooting doesn’t begin until early next year, the filmmaker helped his buddy Robert Rodriguez out and slapped together some title card animations which confirm (again) a 2015 release date and the use of 70mm.

One thing it doesn’t include, however, is a single mention of casting. Samuel L. Jackson, Bruce Dern, Michael Madsen, Tim Roth, James Remar, Amber Tamblyn, Walton Goggins, and Zoe Bell have all been rumored, with Kurt Russell the only one confirming, and now we can add another name to the potential pile. According to Collider, Jennifer Lawrence is currently in talks to join the project.

There’s no telling which character she might play, but one of the “Hateful Eight” is a female: “The Prisoner” aka Daisy Domergue. There’s also the role of Six Horse Judy, which Bell played in the live read. Then again, this could be a newly created role considering the script changes and she could show up for no longer than Jonah Hill in Django Unchained.

One of Tarantino’s great strengths has been plucking unexpected, perhaps down-and-out or unknown actors to take part in his project and, well, Lawrence is clearly far from that. Regardless, with denials from her camp (which doesn’t necessarily rule things out, as we’ve seen many times), we’ll have to wait and see. In the meantime, check out the synopsis below.

The Hateful Eight follows the steadily ratcheting tension that develops after a blizzard diverts a stagecoach from its route, and traps a pitiless and mistrustful group which includes a competing pair of bounty hunters, a renegade Confederate soldier, and a female prisoner in a saloon in the middle of nowhere.

What do you think of Lawrence’s potential involvement?