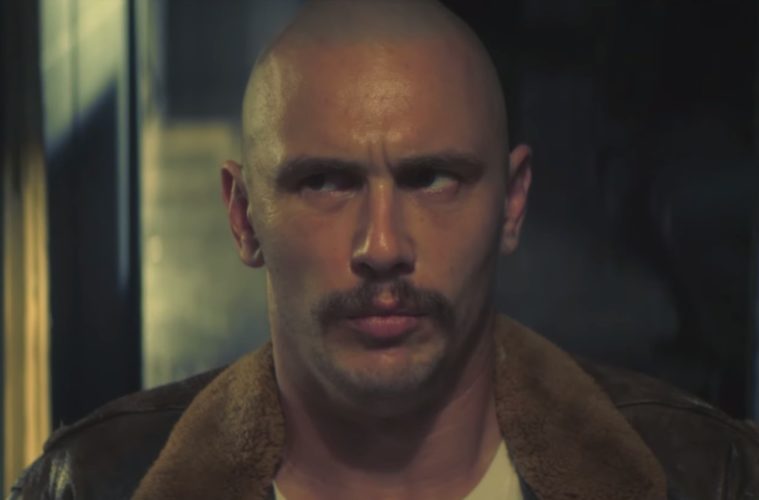 It’s been a whopping five years since James Franco shot hit adaptation of Steve Erickson’s Zeroville and two years since an initial trailer leaked, but now the film has emerged from the post-production ether and will be released next month. Starring Franco, Megan Fox, Seth Rogen, Joey King, Danny McBride, Craig Robinson, and Jacki Weaver, a new trailer has now arrived.

A dark parody of the New Hollywood movement, the story focuses on Ike “Vikar” Jerome, who has just moved to Hollywood in 1969. With tattoos of Montgomery Clift and Elizabeth Taylor on his head, his journey ends in both tragedy and discovery. The book features many New Hollywood icons, such as Robert De Niro, Brian De Palma, John Milius, and Paul Schrader, with the ghost of Clift even showing up.

Vikar is a lost soul journeying through Hollywood 1969, a land of myths, beauty and monsters. The studio system is in decay, and a new generation of brash filmmakers are on the rise. With his shaved head marked by a tattoo from his favorite film, 1951’s A Place in the Sun, Vikar is a bizarre presence even amid the dreamers and players. He finds work first building sets, then as an apprentice editor obsessed with wielding the power of moving images. As his involvement in the creative process deepens, so does his fascination with a tragic screen goddess named Soledad. Together they discover just how hard it is to live in the blurred boundary between reality and illusion.