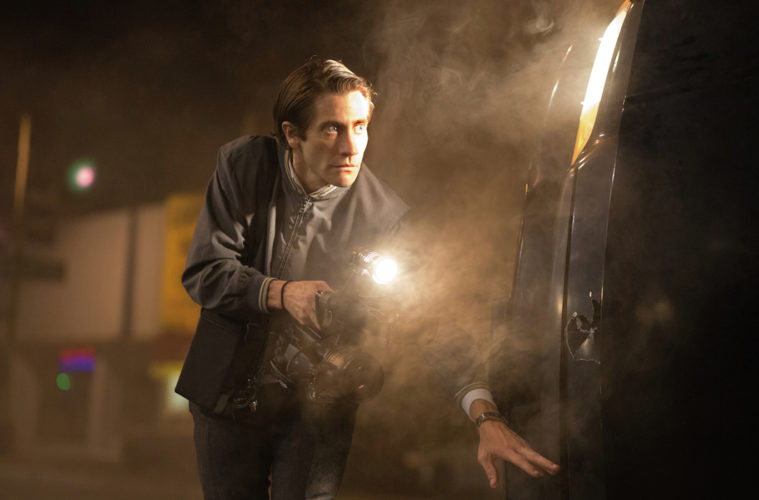 Last year’s TIFF was a busy festival for Jake Gyllenhaal, with the premieres of two Denis Villeneuve features, Enemy and Prisoners. Though he premiered only one movie this year, Nightcrawler, his peculiar, dedicated character of Lou Bloom has received much attention (including praise in our review). The actor was interviewed as part of a festival discussion, talking about the film, his weight loss, and his odd character.

Working alongside Dan Gilroy in his directorial debut, Gyllenhaal, the helmer, and cinematographer Robert Elswit (Gyllenhaal’s Godfather), spent nights researching the reality of news videographers. According to Gyllenhaal, the three spent three nights with two Los Angeles stringers, chasing tragedy and researching for the film. Beyond extensive research, Gyllenhaal underwent a significant weight loss for the role. While discussing his almost sociopathic character, Gyllenhaal compared Lou to a coyote or an animal, calling him hungry and saying that, he too, made himself hungry in preparation for the performance.

Our review of Nightcrawler discussed Lou as a hardworking, unhinged character.  “That’s why you cannot simply label him sociopathic. He doesn’t connive to get his way; he transparently finds an avenue to earn it,” we wrote, and Gyllenhaal was open about how weird Lou actually is. After Saturday’s premiere, an audience member asked Gyllenhaal if he felt he could relate to Lou’s weirdness. “I’ve been looking for a role for the past 18 years closest to me,” he said. “I think I’ve finally found the one. Thank you for someone finally asking me.”

Though Lou can be frightening, Gyllenhaal noted he had no problem detaching from the character off screen, despite being unready to finish filming. After noting the eloquence of the script, Gyllenhaal spouted off Lou’s first monologue in the film, saying he truly loved the character. Check out both the interview, and another, and a post-premiere Q&A below as we await the film’s release next month.