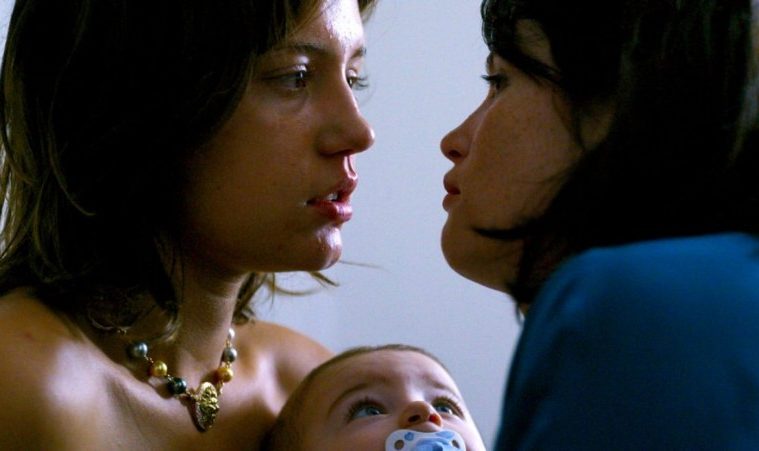 Following a premiere at Toronto International Film Festival last fall, a new international trailer has arrived for writer-director Arnaud des Pallières‘ latest drama Orpheline (which translates to Orphan). While the trailer is in French (making certain key plot elements a bit cloudy), one need not read subtitles when there are flashing neon lights, money smuggling, race-track gambling, and police raids.

The revolves around Sandra through multiple stages of her life (the eldest of which is played by Adèle Exarchopoulos) as she tumbles through a life of trouble and potential romance (with Gemma Arterton). See the trailer below, for the film that also stars Adèle Haenel (the lead of the Dardennes’ latest film The Unknown Girl), Sergi López and Nicolas Duvauchelle.

Arnaud des Pallières’ unique talent, evident in his wildly different first two feature films, shifts yet again for this ambitious, fractured narrative about a woman at various stages of her life. Moving through different time periods, his approach forces us to assemble the story like a puzzle as we watch.

The director’s aim with Orpheline is to create not one woman but multiple characters who, although they combine to form the same person, assume different guises over the course of the film. Supporting this concept are the numerous names that the central character goes by, shedding and adopting new identities along the way, with different actors playing the central role.

Disorientation is the result, a confusion felt by the heroine herself as she navigates these various phases. When we first see her she is Renée, a teacher at a small, provincial school, trying with her boyfriend to get pregnant. But when a bold, self-confident woman, recently released from prison, strides into her life, we are let in on a past that des Pallières carefully reconstructs for us. The trip is a troubling and unexpected one involving childhood trauma, teenage rebellion, and a misstep that will cast a shadow over her life.

Orpheline is a tour de force of narrative pleasures. Equally engrossing are the actors des Pallières has cast, among them Adèle Haenel, Gemma Arterton, Adèle Exarchopoulos, and Sergi López (who starred in the director’s 2008 feature, Parc), all of whom bring a sense of mystery and delight to this artfully crafted ensemble piece. But, above all, it is a portrait of a woman, orphaned in her mind but not in reality; an emotionally brave work from a filmmaker unafraid to make bold creative choices.

Orphan currently has no U.S. release date, but will open in France on March 29th.