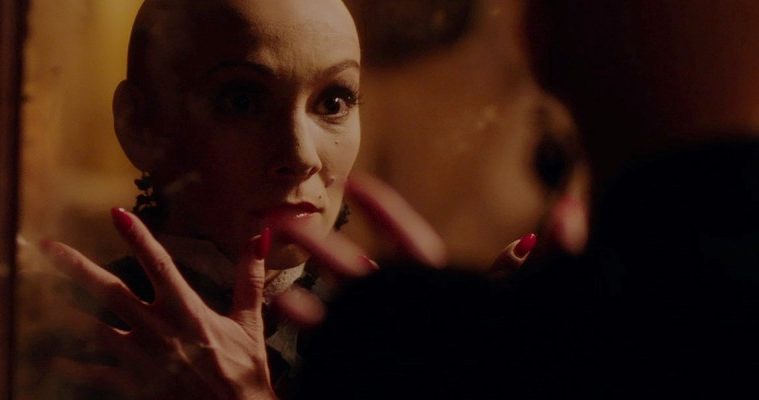 ‘In Fabric’ Trailer: Peter Strickland Gets Dressed to Kill

After the one-two punch of lavish genre thrills with Berberian Sound Studio and The Duke of Burgundy, director Peter Strickland is back with In Fabric, which finds him leaning even further into horror giallo territory. Premiering back at TIFF and now arriving this December courtesy of A24, the film follows a cursed dress as it passes through various hands. Ahead of the release, the first trailer and new poster has now arrived.

Ethan Vestby said in his review, “In Fabric is a film that’s wholly retro, and not just in how writer/director (and emerging remix artist) Peter Strickland embraces ’70s Euro-horror tropes (and even judging by one commercial glimpsed on a television; a little bit of vaporwave). Rather, the director longs for a time before Amazon decimated the retail industry, one when a person’s hopes and desires hinged on a trip to that one certain shop.”

A lonely woman (Marianne Jean-Baptiste), recently separated from her husband, visits a bewitching London department store in search of a dress that will transform her life. She’s fitted with a perfectly flattering, artery-red gown—which, in time, will come to unleash a malevolent curse and unstoppable evil, threatening everyone who comes into its path.

In Fabric opens on December 6.