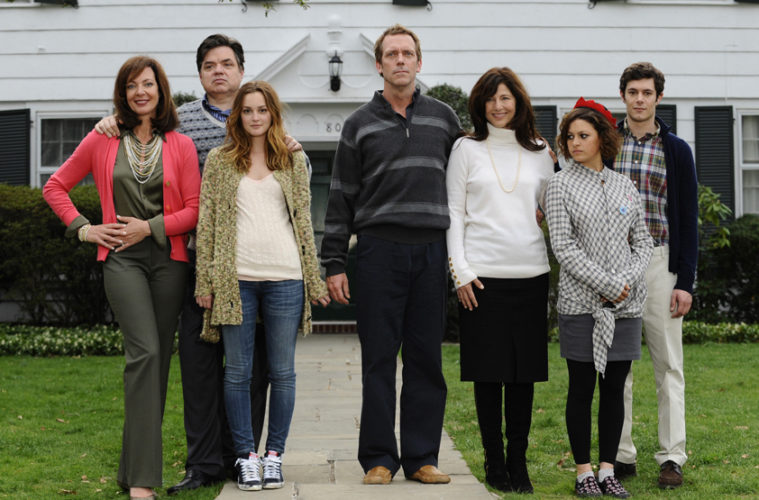 What happens when the creepy old dude next door wants to bang your young daughter? The Oranges takes a look at that concept and gives it a funny bent, as House star Hugh Laurie plays said neighbor to Oliver Platt’s family, which includes Allison Janney and Leighton Meester, while Laurie is wife to Catherine Keener, with children Alia Shawkat and Adam Brody. If that strong ensemble wasn’t enough, the first trailer actually hints at smartly written comedy, courtest of frequent Entourage director Julian Farino. I didn’t get a chance to check it out during its TIFF 2011 premiere, but the astute Brad Brevet over at Rope of Silicon was a big fan, as he praised the natural comedy and the realistic world Farino creates — an aspect I somewhat feared watching the trailer. Check it out below, along with the theatrical poster, and look for the dramedy in limited release this fall.