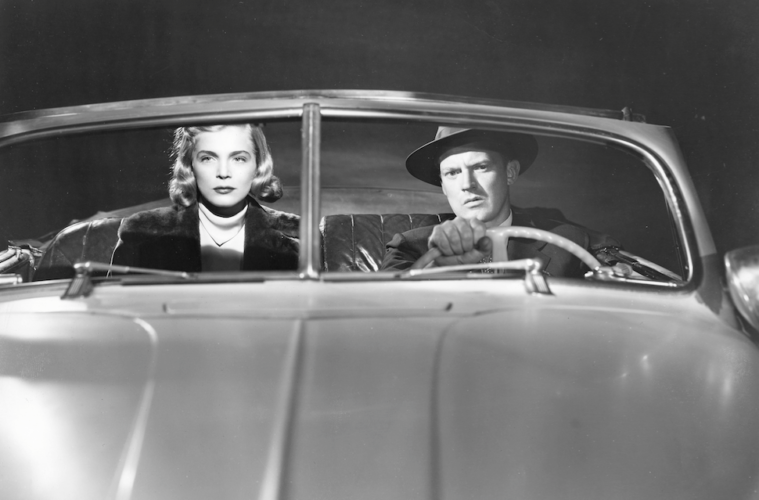 Hell Hath No Fury Like a Woman Scorned: On ‘Too Late for Tears’ and ‘Woman on the Run’

Hell hath no fury like a woman scorned. Two new restorations from the UCLA Film and Television Archive, in conjunction with the Film Noir Foundation, certainly speak to that ethos. First up, the piercing eyes of Lisabeth Scott explain everything one might need to know about this woman who wants it all. In Byron Haskin‘s Too Late for Tears, writer Roy Huggins stages a flipped gender perspective of Double Indemnity. Driving along with her dull husband (Arthur Kennedy at his most subdued), Scott’s Jane Palmer has a bag of $60,000 literally drop in her lap. Goody two-shoes husband wants to hand it to the authorities, but she sees this as the opportunity to finally lean in. DP William C. Mellor lights Scott’s eyes with glee while first lips curl downward. Her pantsuits keep her motions limited and her back arched—with anything looser, who knows what damage could be done?

“I don’t think I’d like you with a heart,” Dan Duryea slurs as the gangster tracking down the missing dough, and his scenes with Scott toe-up with the best of ’40s crime thrillers. Her no-mess determination breaks against his sleazy slurring across the frame. Eventually, the two team up to take out the man in between them, but the cover-up gets complicated. The film gets sadly interrupted by a couple of dopes — Alan’s ingénue sister and an army buddy looking for his old friend — whose budding romance can’t help play stale compared to the electricity of crime. For a moment near the climax, Too Late for Tears almost gives its vixen the happy ending she secretly deserves, parading into a hotel in Mexico with pomp and circumstance. Then things come to a PCA-approved result, but the fantasy lives on in our minds.

Woman on the Run starts out with an old fashioned tradition: An average Joe witnesses a murder at the wrong place and wrong time. When he learns he will have to testify against the man once caught, he dashes away to escape the bullet soon meant for him. So the film pivots to Ann Sheridan, who talks of her husband like a mutt deserving to be put out of his misery — meaning he’s in real bad news. If Scott energizes her performance with zealous lust, Sheridan plays a Robert Michum-esque mope, eventually guilted into finding her man’s whereabouts. The actress mutates throughout, a black hole of a heart at her center eventually taking on a little more light, partially thanks to a journalist (Dennis O’Keefe) on the case. However, his overstuffed body doesn’t exactly fit the newspaper type, and thus begins to raise suspicions.

Shooting on location in San Francisco, director Byron Haskin keeps the plot moving as the two backtrack through Sheridan’s marriage. While there’s a little too much rear projection (especially compared to contemporary Frisco noirs such as Dark Passage or D.O.A.), the film gives an expansive portrait of the city’s brightest hills and darkest corners, culminating in a climax up and down the Big Dipper at the city’s now-defunct coastal amusement park. The plot’s complications and the characters’ motivations in this on-location, suspenseful set piece get a bit muddled, but Sheridan’s screams of turmoil and O’Keefe’s Terminator-esque determination keep things moving until the expected climax. The woman scorned is shocked back to a loving wife.

Too Late For Tears and Woman on the Run are now on Blu-Ray.