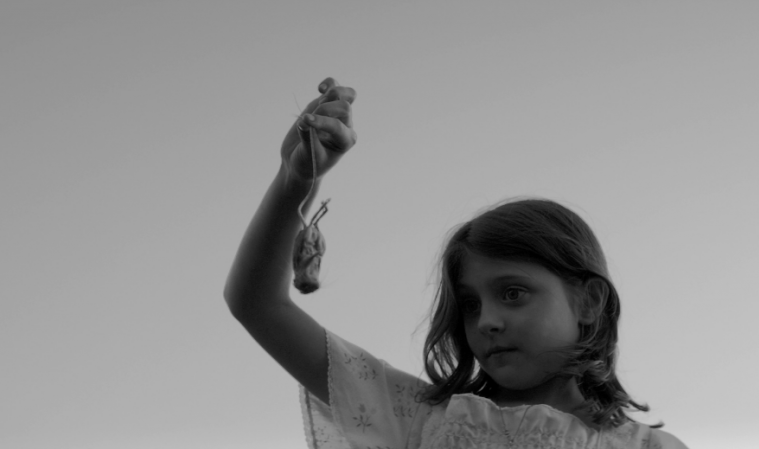 “I wanted to claw into the darkest recesses of your brain and poke at things that you don’t want to think about,” director Nicolas Pesce told us when it comes to his debut The Eyes of My Mother. Regardless of how one feels about the experience, there’s no denying his success in that aspect, as he captures a woman whose mother was killed, so she takes revenge in unnerving ways. Just in time for one’s Halloween celebration this evening, Magnolia Pictures has now released a new trailer. While the first preview was more of a proper trailer, this new teaser is more or a less a clip, showing off an early scene that sets up the unsettling scenario.

We said in our review, “On a personal level, I hated this picture with every fiber of my being. Rarely do I slip into the first-person for these reviews, but for this I make an exception. Hopefully, I will forget the memory of seeing this movie and feeling the way I felt while watching it. In a way, this is a testament to its power and, in another way, a recommendation for those looking for a wholly uncomfortable theater-going experience. Ignore the letter grade at the bottom of this review and heed the words above. Pesce gave us a bad dream. I wanted to wake up the entire time.”

In their secluded farmhouse, a mother, formerly a surgeon in Portugal, teaches her daughter, Francisca, to understand anatomy and be unfazed by death. One afternoon, a mysterious visitor shatters the idyll of Francisca’s family life, deeply traumatizing the young girl, but also awakening unique curiosities. Though she clings to her increasingly reticent father, Francisca’s loneliness and scarred nature converge years later when her longing to connect with the world around her takes on a dark form. Shot in crisp black and white, the haunting visual compositions evoke its protagonist’s isolation and illuminate her deeply unbalanced worldview. Genre-inflected, but so strikingly unique as to defy categorization, writer/director Nicolas Pesce’s feature debut allows only an elliptical presence in Francisca’s world, guiding our imaginations to follow her into peculiar, secret places.

The Eyes of My Mother opens on December 2.