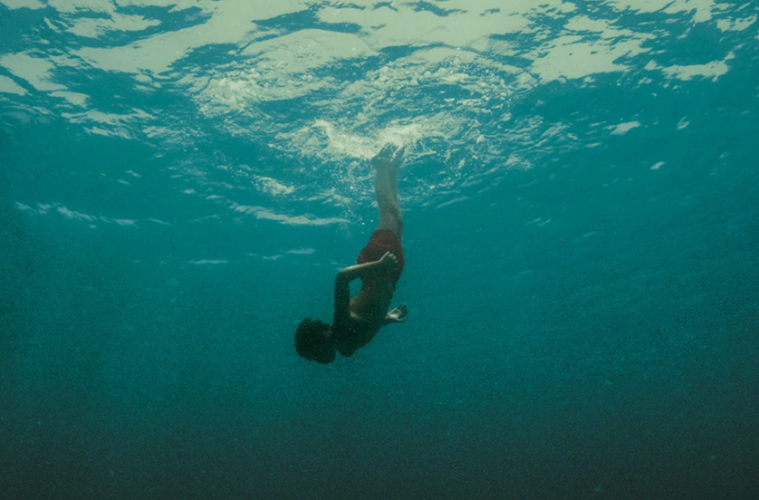 Writer-director Lucile Hadzihalilovic (who directed Marion Cotillard in Innocence and worked with Gaspar Noé on Enter the Void) returned this fall with her new film, Evolution. Debuting at TIFF and stopping by AFI and Fantastic Fest, the film stars Nicolas (Max Brebant), a ten year old boy living on a remote island that is solely inhabited by women and young boys. All of the boys are subjected to strange medical treatments and Nicolas becomes determined to find out exactly what his mother and the other women are up to.

We said in our review, “A silly horror movie at heart, Lucile Hadžihalilovic‘s Innocence follow-up seems to confuse “ideas” with “prolonged silences,” certainly pertaining to both our young protagonist clearly directed to look as pensive as possible for an 11-year old in his many close-ups, as well as the many creepy “nurses” on the island. In fact, the film is epitomized in one scene where the nurses are show birthing videos of mutant children, in close-up making a small spectacle of their blank expressions. In this we see both trying to read something into empty gestures, as well reacting with no emotion to something supposedly horrifying.”

Check out a new hauntingly beautiful international teaser below (hat tip to The Playlist) ahead of a spring release.

A young boy living in a mysterious, isolated seaside clinic uncovers the sinister purposes of his keepers, in this exquisitely shot blend of body horror and surreal fantasy from director Lucile Hadzihalilovic (INNOCENCE). Ten-year old Nicolas lives an austere and isolated life with his mother in a remote seaside community populated by women and other little boys about his age, but seemingly devoid of adult males. In a hospital overlooking the tempestuous ocean, the boys are all subjected to regular medical treatments – or, perhaps, some mysterious experiment. Only Nicolas seems to question what’s happening to him and his friends. He finds an unexpected ally in a young nurse, Stella, whose kindness is a break from the severity that all the other women seem to reserve for their young charges. Increasingly suspicious that his mother and the nurses are lying to him and that something sinister is going on, he follows the women at night, determined to find out what they are up to. What he discovers on the beach signals the beginning of a nightmare from which he’s helpless to escape. Influenced by H.G. Wells’ The Island of Doctor Moreau, this mesmerizing blend of aquatic body horror and surreal fantasy approaches the concept of evolution from a truly unique perspective. Evocative, enthralling and mysterious, EVOLUTION marks the very welcome return of Hadzihalilovic’s powerful voice on the international cinematic stage.