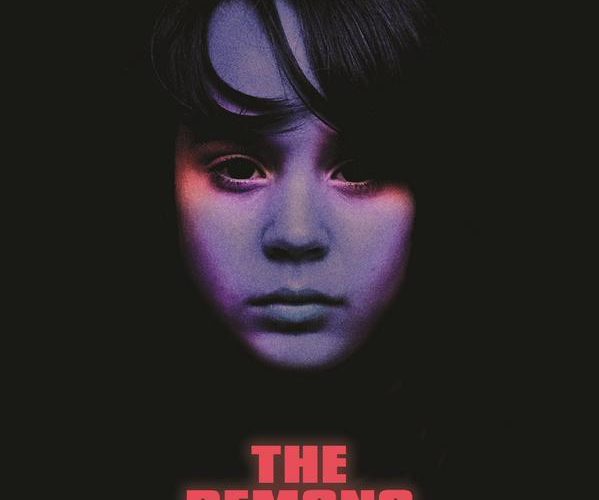 Part coming-of-age story, part familial drama, part psychological thriller and even carrying with it a whiff or two of supernatural horror, Canadian director Philippe Lesage’s first narrative feature The Demons is a composite of intriguing leads, except none of them really goes anywhere. The result is something almost psychedelically meandering – or simply arbitrary and incoherent.

The story is built around Félix (Édouard Tremblay-Grenier), a watchful, contemplative grade-schooler who seems uncommonly serious for his age. He has a painful crush on his teacher, he suspects his father is having an affair, he fears he might have gotten AIDS for being an unknowing homosexual. In addition to all that, he learns there’s a kidnapper/killer on the loose who targets little boys just like him in suburban Montreal. With a worried look etched on his face, our protagonist leads us through the anxiety-filled everyday of a young person just starting to stumble on life’s many complexities.

While this premise is promising enough, the structure of the actual script is seriously off, pieced together from isolated anecdotes without a firm grasp on arc, momentum or thematic focus, so that the whole thing comes across pretty loose and strangely shapeless. Like the limited attention span of a pre-teen, the story can’t follow through on any of the subplots it started. As a result, scenes of Félix’s quotidian pile up but fail to charm or inform in the aggregate. A couple of overtly emotional twists later in the film thus land with hardly any impact.

Around its halfway mark, the inarticulate but generally sweet-natured drama turns unexpectedly sinister as the child abduction plotline takes over. Further stressing a lack of continuity, the narrative leaves Félix’s POV altogether and switches to the school lifeguard with an unspeakable secret. Despite the perspective and tonal disconnect, this part of the movie proves the most effective, thanks to the simple fact that it settles for a more consistent, undistracted portrait. Dedicating a significant chunk of screen time to the act of crime as it slowly progresses from intent to execution, from a relatively harmless joyride to the dreadful final trip into the woods, Lesage does a surprisingly good job creeping under your skin with this patient observation of a disturbed mind at work. And even though the violent outcome of this ugly episode is somewhat predictable, the shock of seeing human beings’ raw, animalistic urge of lust, shame and regret play out this plainly still leaves a ringing echo behind. So it’s with some reluctance that we once again return to the whims of Félix, until the film wraps on an appropriately confounding note.

Overall, the film is never a chore to look at. Cinematography by Nicolas Canniccioni not only pleases the eye but conjures up a quiet sense of malevolence through its unnatural composure. Whether tracking the breezy drive of a killer looking for his next victim or gliding languidly across a swimming pool bustling with activity as if withholding something terribly obvious, the camera often releases a magnetic pull that tickles and alarms. What also delights is that, rather refreshingly, the child is not portrayed as the embodiment of innocence here. How their curiosity and lack of moral inhibition can lead to mindless cruelty gets the honest treatment for once. Félix forces his will on his even tinier schoolmates doing things that would have seemed mean, borderline criminal, if taken out of the juvenile context.

It’s a shame, then, that the evocative, partially compelling picture can’t seem to sort out what it really wants to say. Throughout the many incidents that suggest plenty but express little, we get a taste of the angst and confusion of someone first finding his own identity, but in terms of what’s so demonic about growing up, we are ultimately none the wiser.

The Demons screened at Hamburg Film Festival and opens on August 23, 2019.