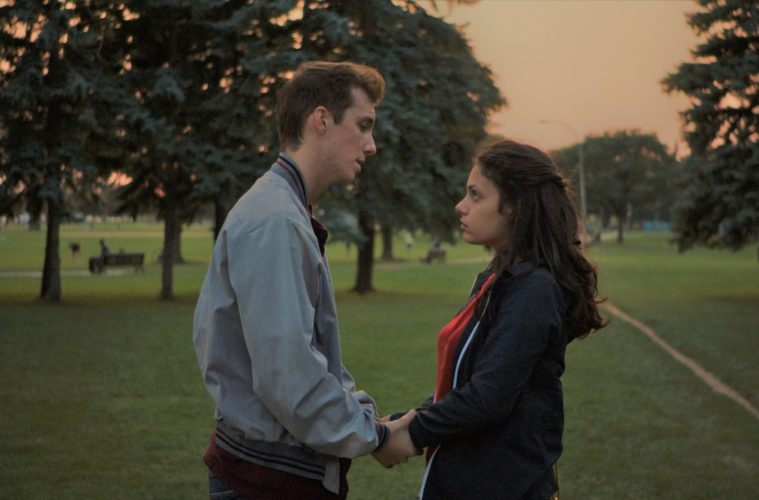 We’ve been singing the praises of Philippe Lesage’s stunning coming-of-age film Genesis since last fall, where Zhuo-Ning Su caught it at Hamburg Film Festival. The Canadian drama follows the lives of half-siblings Guillaume (Théodore Pellerin) and Charlotte (Noée Abita) as they traverse first love, desire, and danger. Both actors give genuine breakthrough performances, with Pellerin on the rise, starring in the next film from Eliza Hittman. Film Movement picked up the film for an August release and now a new trailer has arrived.

Zhuo-Ning Su said in his review, “In the grand scheme of things, teenage love affairs–together with all the raptures, jitters, devastations associated with them–probably don’t count that much. But then again probably everyone can relate to the sheer groundbreaking force of that first quickening of the heart, of that blinding rush of hormones that compels us to act with a recklessness that we’ll later learn to forever suppress. Quebecois filmmaker Philippe Lesage’s Genesis is an ode to that time in our lives when we still paid more attention to impulses than consequences. Trifling perhaps in terms of subject matter and scope, but it absolutely mesmerizes.”

See the new trailer and a talk from New Directors/New Films below.

Genesis opens at NYC’s Film at Lincoln Center on August 23 and will expand.