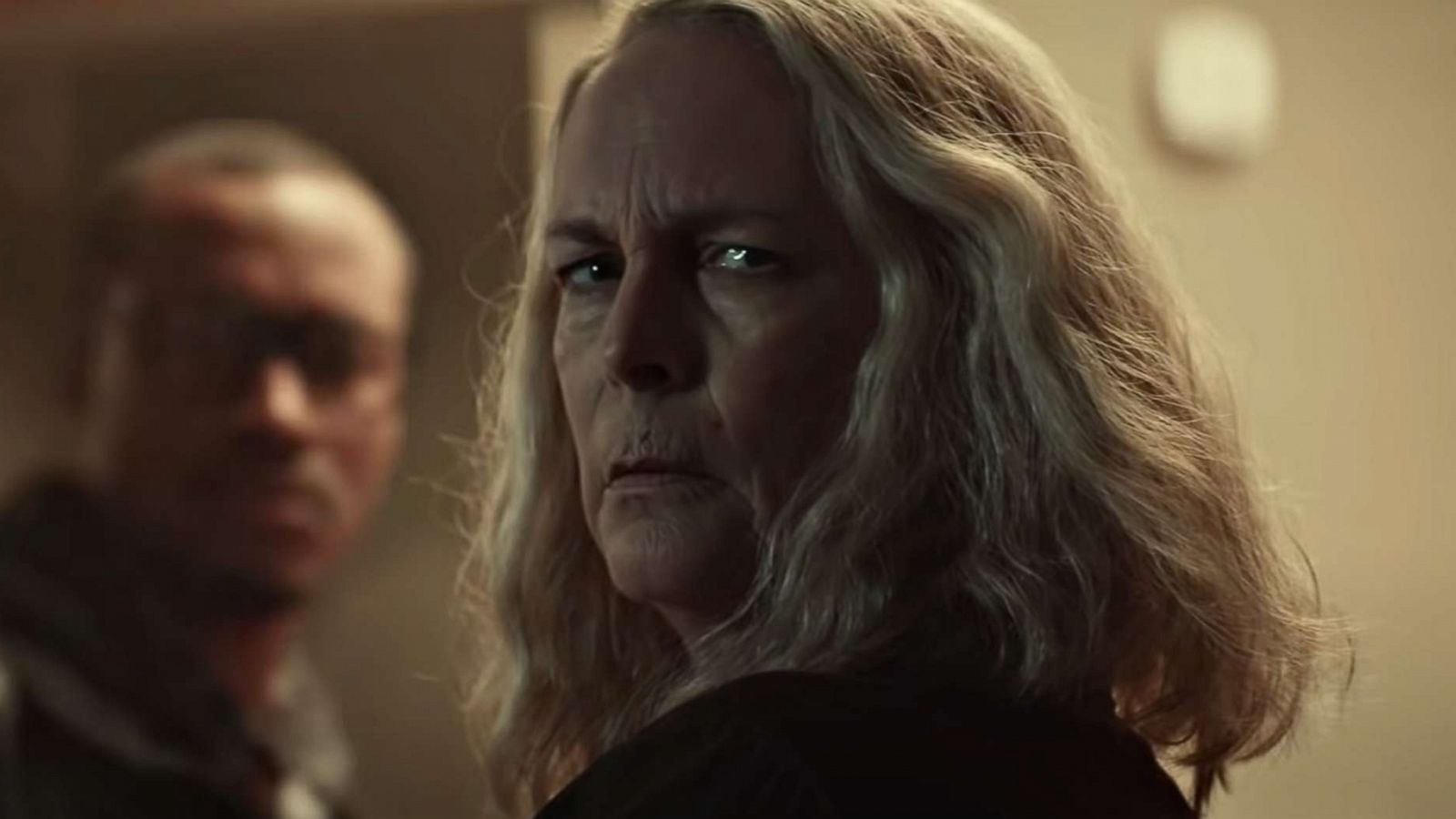 Where does one even begin with Halloween Kills? Is it paramount to speak of its content, which achieves the impossible of being so stretched out that it couldn’t feel more bloated? Or perhaps it’s important to focus on its structure, but that would assume there actually is one. Even attempting to approach it thematically is too much of a non-issue—any ideas it juggles never cohere. Halloween Kills seems to stem from thoughts of the system failing the innocent. That doesn’t work, however, when David Gordon Green’s latest completely fails its audience.

Picking up right where its 2018 predecessor ended, Cameron (Dylan Arnold) stumbles upon a hemorrhaging Officer Hawkins (Will Patton). Then the script, written by Scott Teems & Danny McBride & Green, immediately flashes back to right where the original Halloween ended. Young Hawkins (Thomas Mann) fatally wounds his partner (Jim Cummings) by accident while trying to apprehend Michael Myers (Airon Armstrong). He feels bad; that’s about it. Now it’s time for the opening credits and, 14 minutes in, for the movie to actually get started.

Though it creates the illusion of actually getting started. Tommy Doyle (Anthony Michael Hall), whom Laurie Strode (Jamie Lee Curtis) babysat 40 years ago, is spending the night with other survivors of Michael’s 1978 rampage. That includes his old bully and Cameron’s father, Lonnie (Robert Longstreet); Lindsey Wallace (Kyle Richards); and Marion Chambers (Nancy Stephens). In the film’s mind, they spend time powering through their shared trauma. In actuality they recap the most basic franchise history to Haddonfield strangers. From front to back, Halloween Kills pretends to be “about” trauma, but never feels like anyone behind the scenes has endured even the trauma of stubbing their little toe.

There are endless reasons why, not least of which come from total lack of focus. Remember Laurie, the face of this story? She spends whatever few scenes she has in the hospital after her most recent confrontation with Michael (now played by James Jude Courtney and Nick Castle). Despite Curtis’ efforts, Halloween Kills treats her character not as a person or even a symbol, but an object. With the script’s efforts to expand its approach to the entirety of Haddonfield, it instead slogs through Michael’s especially gory killing spree. The blatant stupidity with which every other character is written just makes it worse. (Nor does it help that The Shape might as well be a Terminator here.)

As bodies begin piling up, the townspeople take it upon themselves to stop the killer. Mob mentality ensues to an absurd degree and the dialogue, as simplistic as it is repetitive, makes it clear that Halloween Kills actually thinks it’s on to something. It’s not a film that revels in sheer entertainment. It surely isn’t a modest one, either. Instead it’s deluded enough to buy into its own devices, insistent that its universe begets these events. No one aside from Curtis gets out of this thing looking good. If anything, the creative causalities are far more affecting than the body count.

Some get it worse than others. Judy Greer reprises her role as Laurie’s daughter, Karen, who spends most of her time trying to stop the mob from harming someone else due to a script contrivance too asinine to even try defending. Though Greer is a strong performer elsewhere, Green directs her to come off as one-note and overreaching. Andi Matichak, returning as Laurie’s granddaughter Allyson, similarly falls victim. The script fails all else.

By the time it comes to an end, it’s clear Michael himself isn’t even the killer of this franchise entry. There are three: Teems, McBride, and Green. The delusions of grandeur they inject into what could have functioned as a serviceable slasher leads to almost nothing landing in a satisfying fashion. Cinematographer Michael Simmonds shoots in a way that’s compelling in spots, not much else. Tim Alverson’s editing, contrarily, exacerbates issues with the script and Green’s direction, largely in the complete lack of tension. Scenes of suspense pace themselves with such a detached quality that Halloween Kills feels much longer than its 100 minutes.

Perhaps gorehounds will at times get more out of the kills, but even that is a stretch. Every one is for someone superfluous, immediately forgettable, or both. If the special effects are decent at points, at what cost? To bridge the gap to next year’s final entry? There’s just no impact here. “Evil dies tonight,” characters chant to an obnoxious degree. Unfortunately, all Halloween Kills does is eviscerate the simplicity it needed to function at all.

Halloween Kills is now in theaters and on Peacock.