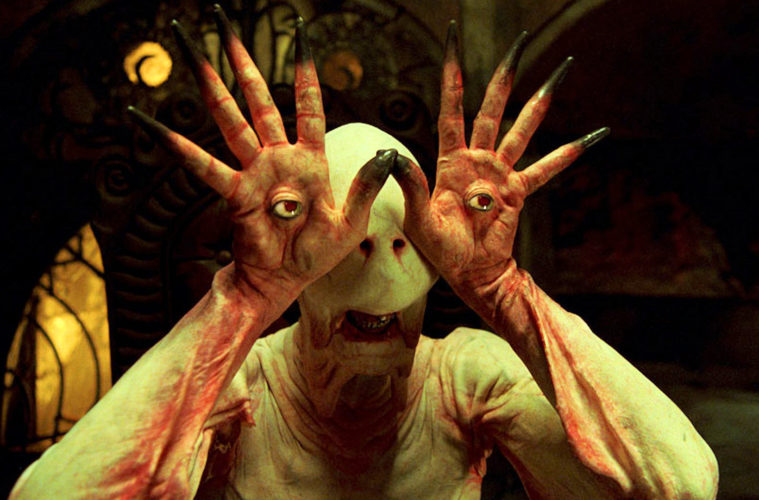 Director Guillermo del Toro is more active on Twitter than many of his peers, discussing everything from politics and his favorite films to sharing influential art. With news just dropping of a 10th-anniversary Criterion Collection edition of what is perhaps the director’s most acclaimed film, Pan’s Labyrinth, it seems only fitting this should come from the man himself. With this announcement, he also shares the cover art done by Becky Cloonan, as well as other tidbits. Check out the tweets below, in which del Toro also names his favorite film he’s made.

So there is three Criterion titles now!! Pan’s cover by the great @beckycloonan pic.twitter.com/rHGsuPcIhl

Criterion and I were in complete agreement that Becky Cloonan was the right- no- the very best choice to do the cover for Pan;s Labyrinth..

Street date for Pan’s Labyrinth on Criterion will be this Fall. But we will have some nice things at the LACMA exhibit.

Ahead of the release this fall, delve back into his acclaimed fantasy with two behind-the-scenes videos. The first is a five-minute VFX reel showcasing the film’s achievement in blending the practical and imaginary so seamlessly, especially for a 2006 release in a field where people still struggle getting it right today. It’s a great demonstration of the potential for CGI to be a subtle aid to practical effects, filling in a canvas to create something spectacular — in addition to being a front-and-center display parade.

The behind-the-scenes video features an array of production footage, blending discussions with del Toro and company along with in-depth looks at make-up, costumes, and pre-production sketches. While not all of it is in English, it is still a great showcase of the making of a soon-to-be-classic. See the two videos below and explore the themes of the film here.

Pan’s Labyrinth will be released on The Criterion Collection this fall.