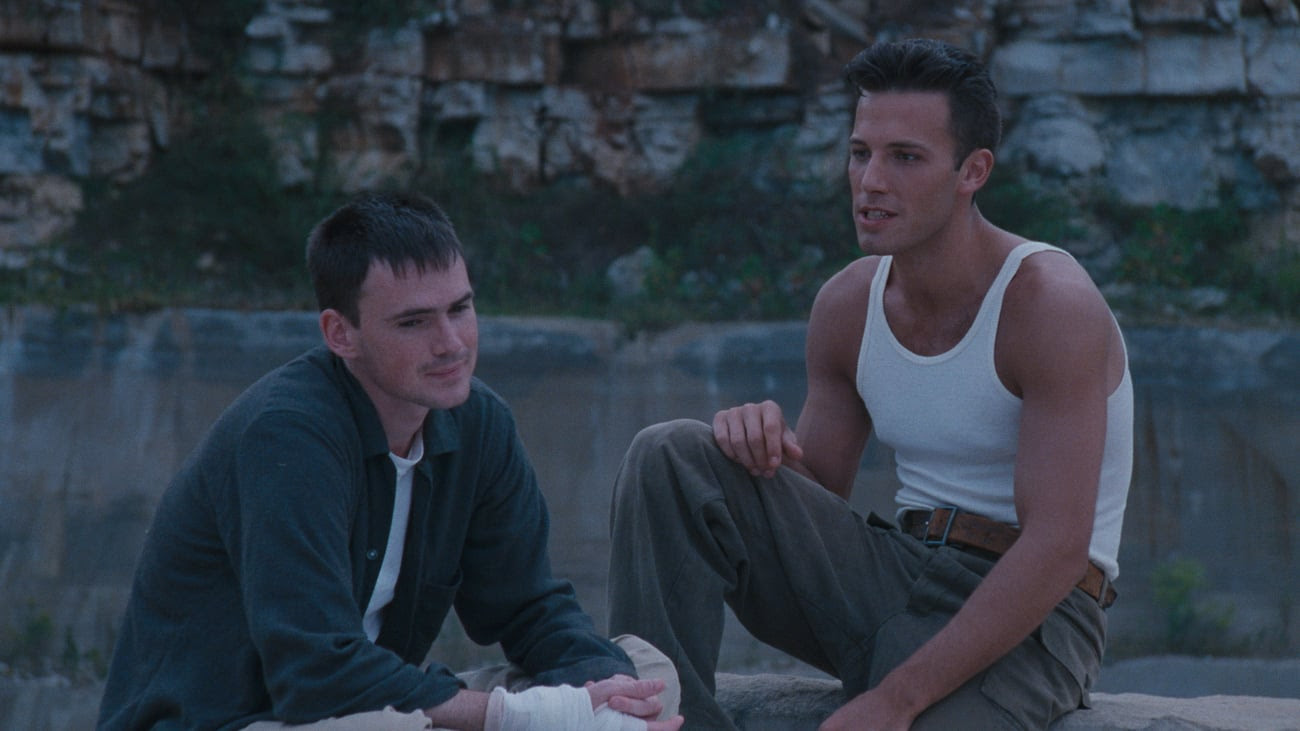 One of the major rediscoveries of the year is a never-before-seen 4K re-edit of Mark Pellington’s Going All the Way, his directorial debut which premiered back at the 1997 Sundance Film Festival. Featuring early performances from then-mostly-unknown Jeremy Davies, Ben Affleck, Rachel Weisz, Rose McGowan, and Nick Offerman, Oscilloscope Laboratories will release Going All the Way: The Director’s Edit beginning with an exclusive theatrical run starting in Los Angeles at Brain Dead Studios on November 7th with national rollout to follow.

An adaptation of Dan Wakefield’s seminal novel about a young man coming of age in the 1950s, we follow two young high school alumni and Korean war veterans returning to their sheltered Indianapolis community, only to find they no longer fit in. As class­mates, shy, artistic Sonny (Jeremy Davies) and charming, popular Gunner (Ben Affleck in his first lead role) had nothing to do with one another, but now, in the stifling climate of Eisenhower America, where prejudice and paranoia rule the day, the two young men find in each other the strength to change their lives and futures.

Each must choose between the suffocating, but familiar comforts offered to them by their mothers (Jill Clayburgh, Lesley Ann Warren) and their old flames and friends (Amy Locane, Nick Offerman), or the exciting, but uncertain futures represented by a pair of enthralling new romantic prospects (Rachel Weisz, Rose McGowan).

This newly re-edited and restored version “completely upends the original cut, hews closer to the source novel, and cements the film as one of the most aesthetically fresh and thematically fascinating films of the 90s, as well as a testament to the ever-evolving possibilities of cinematic rediscovery,” according to the press release.

Going All the Way: The Director’s Edit opens on November 7 in LA and will expand.