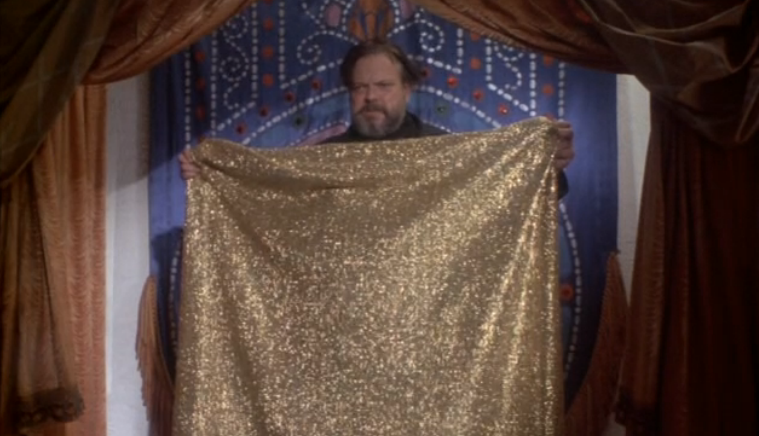 ‘Get To Know Your Rabbit’: Brian De Palma’s Transitional Fiasco There’s an alternate version of Brian De Palma’s career where 1972’s Get to Know Your Rabbit stands as one of the most seminal entries. The last of De Palma’s early-70s comedies, the film is most readily recognized as a prelude to his directorial turning point. Just a year later, he began a string of legacy defining films: Sisters, Obsession, and Carrie.

But this early-period black sheep is more than a mere historical footnote. It’s the transitional fiasco that De Palma needed. Coming after the modest hits of Greetings and Hi, Mom!, this was the big leagues, a chance for the nascent but rising director to work with Hollywood and establish himself as a conjunction of artistic and financial impulses.

It’s only inevitable that even De Palma’s crowd-pleasing comedy scans as commentary about the prison of working with studios. In an impish reversal of the artist’s own circumstances, it follows Donald Beeman (Tom Smothers, one half of the provocative musical comedy duo The Smothers Brothers), a buttoned-up business man who’s deeply unhappy working at a nameless corporation. Much to the chagrin of both his boss (John Astin) and girlfriend, Donald tries to gives up the job security of big business for something far less financially glamorous — the entertainment industry, specifically stand-up magic — only to be looped right back into the rat race.

It’s De Palma’s first studio film, and his distrust of the system couldn’t be any more apparent. And, coming from a director whose films already teemed with anxiety about the present and future, it’s only inevitable that he self-sabotaged his studio film dreams (for the moment). Smothers apparently hated all of the script ideas, while the suits who hired De Palma just as soon fired him, keeping Get to Know Your Rabbit in release limbo for over a year.

The rest is history: De Palma began the next period of his career in New York and the comforts of independent filmmaking. All of these contextual details may sound like Get to Know Your Rabbit is some unsung masterpiece, a hidden gem that was unfairly buried. Maybe there was a good film in here before studio intervention, but this isn’t it. What we get is an awkward, often jarringly unfunny piece of deadpan absurdism that only barely justifies its 90-minute runtime.

The picture’s principal enjoyment may be an oddball Orson Welles, playing a tap-dancing magician who teaches the main character his trade. Welles’ character and performance are filled with such a deep sense of exasperation that it could easily serve as a blanket reaction towards the whole film. Influenced by Monty Python’s brand of satirical extremism and a comedic logic that harkens back to Preston Sturges, this is nonetheless a work that rarely ever feels comfortable in its own skin as a comedy. In hindsight, it’s better viewed as a prototype for De Palma’s future pet themes.

Together with DP John Alonzo, who didn’t re-team with De Palma until Scarface, Get to Know Your Rabbit is unexpectedly filled with compositions whose primarily feeling is dread. Multiple early sequences involving a high-walled apartment feel less calibrated for slapstick than the possibility that an intruder will creep through the door. Take, for example, a long scene that’s shot from an isometric perspective for no apparent reason, or a Touch of Evil-style suspension involving a ticking bomb.

It’s not just the insinuating camera angles, but the film’s repeated excursions into sleaziness played as both comedy and titillation. De Palma had already developed a reputation for raunchiness with his two previous films both received X-ratings before creative finagling. But it’s only a matter of time before that lurid sensuality becomes embedded in his own creative DNA.

To see how De Palma directs scenes like a crowded party that segues into a brassiere fashion show is to peek into the future. This is initially played as a gag about an extremely crowded party in a painfully small room, then soon enough blossoms into a scene juxtaposing attraction and sex appeal. The main character and a mystery woman glide along the floor, blissfully unaware of Vic (Allen Garfield), a garrulous and pushy salesman who treats his craft like art.

The camera’s view is starry-eyed, seemingly headed into De Palma’s expected jagged violence — which never comes. Instead, we just get Vic delivering a monologue and the best line in the whole film: “I hope sometime, some place, I can find a girl who can appreciate a good, medium-priced brassiere.” But the moment is gone, and pleasure has been replaced with reality — one more instance in a filmography of subverted gratification.

Get to Know Your Rabbit will never again feel so in control. It wanders on and on as Donald plays deserted saloons and falls into the arms of Katharine Ross, who’s literally credited as “terrific-looking girl.” It would take another year, with Sisters, before the camera fell into a similar trance and De Palma brought his sensuous worldview to the masses.