Get Away If You Can Review: A Relationship is Tested in Rocky Aquatic Thriller 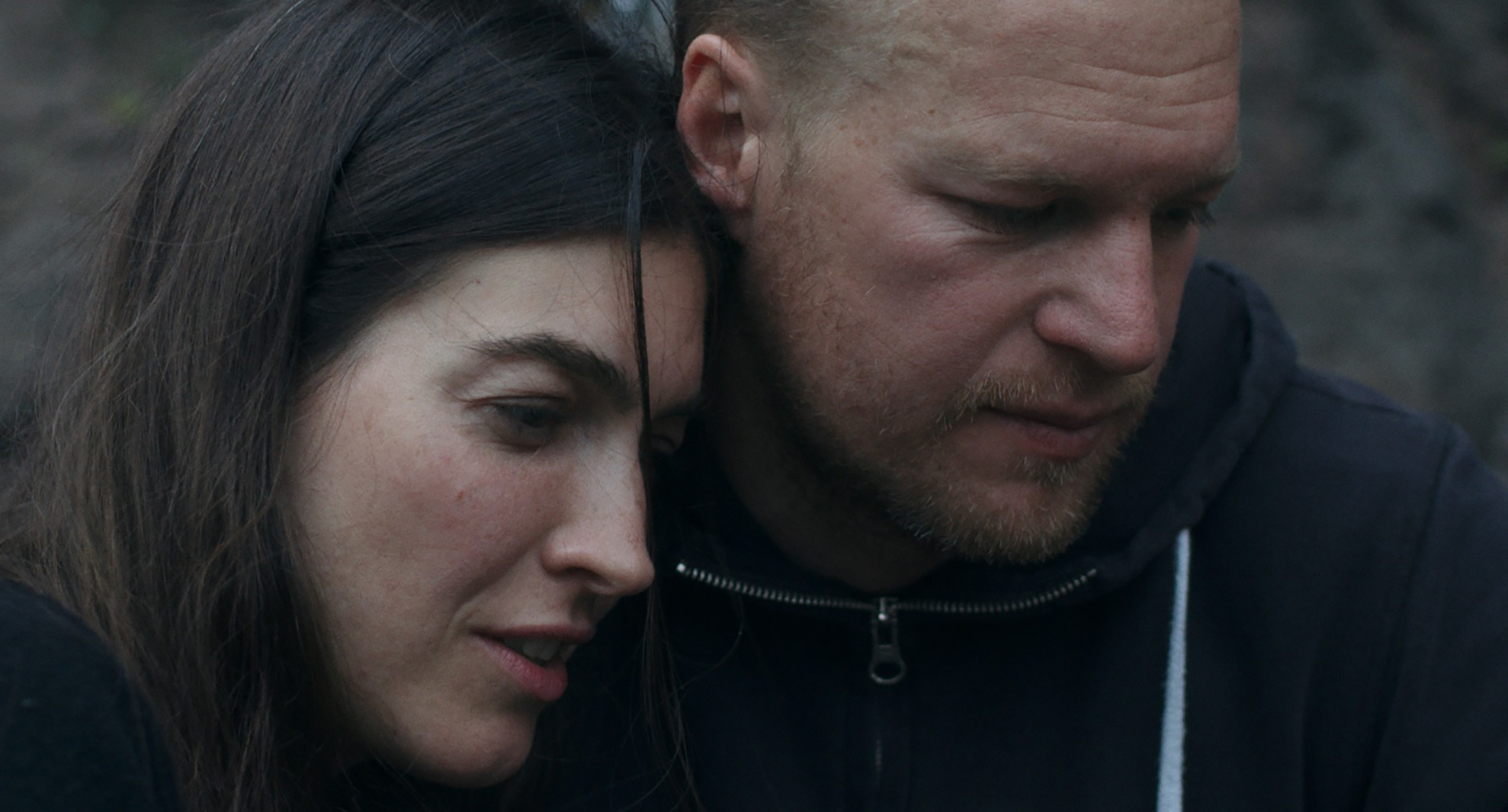 Some people deserve a second chance. Few deserve a third. Especially when we’re talking about having a modicum of human decency for the person you say you love. Yet that’s exactly what we’re asked to give TJ (Terrence Martin). From disjointed flashbacks leading to a sailing adventure on Easter Island, hopefully reigniting their marriage, we can glean he had one purely selfless and enjoyable period in his life: meeting Domi (Dominique Braun). As soon as he brought her into his chauvinistically materialistic family, however, that freedom to be in love disappears. Once his father (Ed Harris) puts his claws back into him, true happiness is replaced by manufactured social conditioning. And Domi, rightly, can’t stand it. It’s why she left in the first place.

Rather than be about Domi’s escape, the title to Braun and Martin’s latest as writer-directors looks to hit a more macro level wherein this onscreen journey inspires its audience to leave civilization and capitalism behind—all either does is corrupt our ability to be human. It’s a commendable mission, and Get Away If You Can does eventually reach a place where that purpose is achieved for this duo regardless of whether it was their intent. Unfortunately, however, to get there means ignoring the fact that the troubles in their relationship are caused by TJ alone. He’s the one who changed due to his father and brother’s (Riley Smith) archaic alpha male, “PC culture is a disease” rhetoric. He’s the one refusing to meet her halfway.

I hated TJ right from the start. I’m supposed to hate him. That much is clear once an early egregious act (openly mocking her language because he’s never bothered to prove his love by caring about her Argentinian culture when she gets angry enough to stop speaking English) is eventually called out. By never finding a way to push Domi to an equal level of loathing, that feeling only stews’ we learn more reasons to loathe him until it becomes so crystal-clear that he neither deserves her nor she deserves his abuse. I don’t care if he’s been brainwashed by his family. I don’t care that he was raised with money and privilege to believe he doesn’t need to actually listen to anyone. Divorce was overdue.

The film was therefore spinning its gears to get somewhere I had no interest in going: their presumed reconciliation. When TJ refuses to let Domi off their yacht to spend a day and stretch her legs on an unknown island before continuing his dictatorial plan to reach Easter Island “on time” (despite agreeing there was no firm schedule), he became dead to me. I cheered when she left in the middle of the night anyway. I smiled when he awoke screaming and afraid; his actions earned that sense of helpless futility. And when he finally does sail to her campsite, angrily demanding she return to the boat, I applauded her sustained vitriol to explain that he wasn’t wanted. Serves him right. Win her forgiveness.

Does he? Well, it’s implied. Maybe that’s enough for some people; it wasn’t for me. Watching a scene where he finally breaks open his English-to-Spanish dictionary isn’t the same as him walking up to her and admitting he was wrong in her native language. That’s par for the course, though. We never see him acting truly contrite. He’s sad when he loses her, but he has no one to blame but himself. We don’t even know what TJ said to get Domi to agree to this trip, considering she had already left him to stay with her sister (Martina Gusman). A plan is hatched, and it apparently succeeds, but for what? So that he can ignore her the whole time? He’s never present for her.

And I couldn’t be present for him. The experience of viewing the film was a trying one—all signs pointed towards TJ finding a way back into Domi’s heart. Not towards him learning his lesson, but her finding a way to forgive him in the hopes things would change anyway. Domi becomes pariah and prize simultaneously. TJ’s father (Harris really leans into the role of your Republican uncle who’s comfortable enough to know a few thousand “subordinates” can die without him feeling sad due to the economic upswing on his investments those deaths supply) blames her for ruining his son and he sees her as a light in the darkness of his otherwise entitled yet unfulfilling life. Daddy’s money ultimately fuels his getaway.

TJ can “get away” from the reductive notion that being wealthy made him a jerk. He can use that wealth to entice Domi back despite her already having “gotten away” herself. Thus she can’t “get away” from him. So this isn’t the love story it tries to become. Not when Domi is practically imprisoned by a husband who makes the dumbest decisions (even those couple times his motives are honorable) for both him and her considering they usually steal the decision from her hands completely. I wish I could give them the benefit of the doubt, but we never get a flashback to those supposed “great days.” Domi’s sister mentions them as inspiration for love. TJ mentions them as being something he wants back. Did they ever exist?

The better question is whether their existence matters. I say no. She’s still miserable—he’s too selfish to want her to be happy unless her happiness aligns with his. Braun and Martin make some interesting choices and craft a gorgeous-looking film on an obviously shoestring budget, but none of that matters when my one wish was for these characters to never see each other again. TJ’s eventual contrition can’t feel real; he’s proven it’s not. After what I’d just witnessed, Domi’s instantaneous shift to joy after accepting how he’ll never change feels more like his fantasy than a conceivable response. The whole seems to want to blame society for an individual’s toxicity, but, while a legitimate factor, it doesn’t absolve those individuals of their complicity.

Get Away If You Can hits limited release and VOD on August 19.