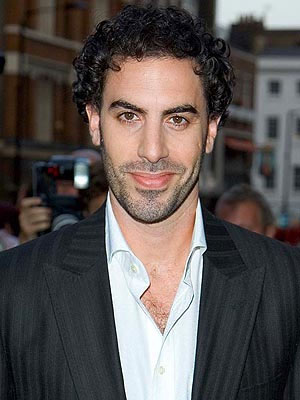 We reported back in September that Bruno, Ali G and Borat live-wire Sacha Baron Cohen would star as Freddie Mercury in a biopic of the late Queen lead singer, to be written by Peter Morgan (Frost/Nixon and, well, The Queen). News of that project settled down for awhile as the holidays and awards-season prestige films swept over the sphere of film media.

Now, /Film brings us an update on that project, which sounded just too perfect to be true. Here is a quote from Mercury bandmates  Brian May and Roger Taylor provided by  Queen Online [via Collider]:

Work is now fully under way for the much-vaunted feature film on the life of Freddie. Peter Morgan has delivered a first draft of the movie, which everyone is very excited about, and Sacha Baron Cohen is chomping at the bit to get into the role, in a way which certainly would delight Freddie ! The whole team now working on preparing for a shoot later this year, and a release in the late Autumn of 2012. We are also laying the foundations for WWRY THE MOVIE, and again, we already have a great script for it from Ben.

“WWRY” is a reference to We Will Rock You, a “jukebox musical” based on the band’s songs, which exists as a theater project and will be overseen by Ben Elton.

I’m not crazy about musicals in general, and so-called jukebox musicals leave me cold (with the exception of Big Time, the oddball concert flick with Tom Waits, but that’s another story), but the thought of Baron Cohen playing Freddie Mercurty is an exciting concept. We’re used to his flamboyant Borat and Bruno personas, but in Sweeney Todd Baron Cohen proved he could provide a subtle, layered performance and stole his scenes with Johnny Depp right out from the under the star’s nose (ditto his turn in Talladega Nights). We’ll keep our eyes open for more details.

Are you a Queen fan? What do you think of Sacha Baron Cohen as Freddie Mercury? Do their mustaches match?