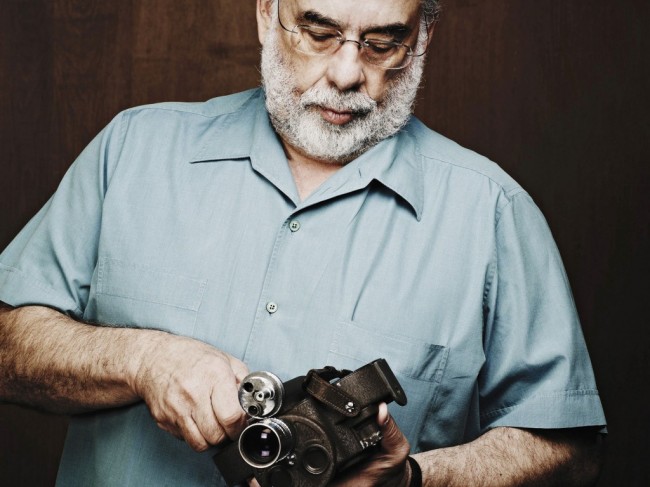 It’s long been clear that we might wait a while before getting Francis Ford Coppola‘s next film, Distant Vision, the generation-spanning story of an Italian-American family that runs parallel with television’s development — birth, growth, and “the end of television as it turns into the internet.” (It’s long been clear largely because it’s taken so long to get more than a handful of updates.) And now it’s very evident: participating in a discussion at the Tribeca Film Festival this week, the icon revealed that this process will require “at least five years.” [Indiewire]

Along with whatever exertions are required to capture a screenplay that’s currently around 500 pages in length, the whole “live cinema” aspect — what it more-or-less sounds like: a live performance that’s recorded and beamed into theaters (or on television) as it’s occurring — poses a great challenge. Not content to take a filmed-play approach (he also cited The Young and the Restless‘ aesthetic as something to avoid), Coppola is attempting to crack “all the technical logistics of how to produce and shoot a live performance that still has the visual appearance of a movie.”

One hopes the “several shorter productions” he plans on completing between now and then as a “proof of concept” come to light — then again, one hopes the project (which we last heard will be streamed to television) comes to light at all. With stated plans to workshop about 70 pages of his script this summer, it’s clear that the ambition exists and, for now, this may be a one-step-at-a-time endeavor.

Watch the one-hour talk below.