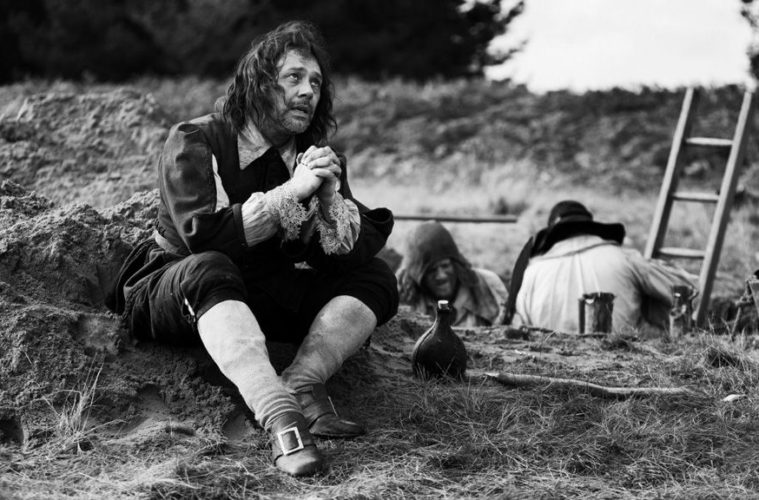 With only a handful of films, the increasingly prolific writer/director Ben Wheatley has proven he can deliver one thing very well: the unexpected. Following the twisty, dark Kill List he gave us a film that can use the same adjectives, while adding a bit of romance, with this month’s Sightseers and now he’s returned with a new project. His Civil War era drama A Field in England follows a group of soldiers who stumble upon a mushroom field and things get wild from there.

The first trailer has now arrived and its quite a mind-trip, revealing very little while getting us completely enticed at the prospects. We also threw out the word “groundbreaking” above and this film truly is, as UK distributors are, for the first time ever, not only releasing it in theaters on July 5th, but video on demand, Blu-ray and DVD, as well as premiering the entire thing television at Film4 on the very same day. Americans will get to see it later thanks to Drafthouse Films, but for now check out the trailer below, as well a poster featuring none other than Nicolas Roeg. England during the English Civil War. A small group of deserters flee from a raging battle through an overgrown field. They are captured by two men: O’Neil and Cutler. O’Neil (Michael Smiley), an alchemist, forces the group to aid him in his search to find a hidden treasure that he believes is buried in the field. Crossing a vast mushroom circle, which provides their first meal, the group quickly descend into a chaos of arguments, fighting and paranoia, and, as it becomes clear that the treasure might be something other than gold, they slowly become victim to the terrifying energies trapped inside the field.

A Field in England hits UK theaters, DVD, Blu-ray, VOD and Film 4 on July 5th, while Drafthouse Films will release it in the U.S. later this year.