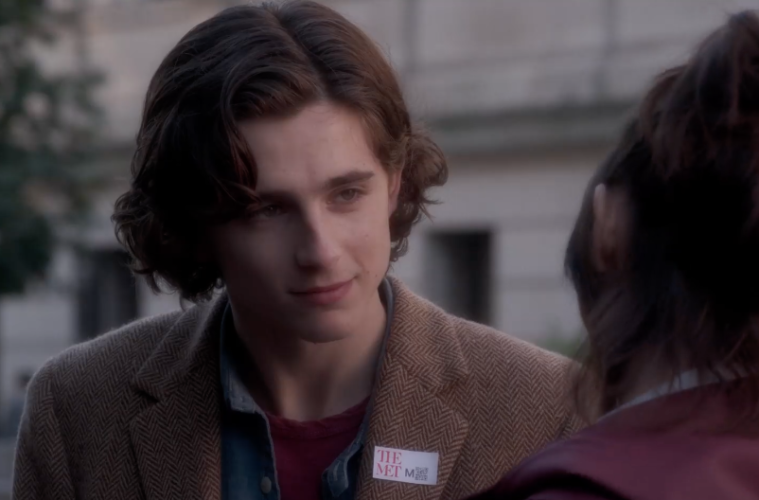 Update: Woody Allen has been given back the U.S. distribution rights to the film from Amazon Studios, Variety reports. It is not known yet if he will try to sell it to another distributor or self-release the film. See the original story below.

Understandably, Amazon Studios doesn’t want to touch Woody Allen’s next film with a ten-foot pole, but that’s not stopping international distributors from setting a release. It was recently announced that A Rainy Day in New York (a film we thought might have been locked in a vault forever, next to Louis C.K.’s I Love You, Daddy and the Kevin Spacey-led Gore) would be given a release this fall in France, Italy, and Germany, followed by Austria, Spain, China, Japan, Korea, Russia, Latin, and South America.

Now the first trailer has arrived for the film starring Timothée Chalamet, Elle Fanning, Selena Gomez, Jude Law, Diego Luna, and Liev Schreiber, which follows a young couple’s weekend in New York. Those in the ensemble have also expressed their regret in supporting the director, with Chalamet giving his salary to RAINN, Time’s Up, and the LGBT Center of New York, while Gomez also donated over $1 million to Time’s Up.

Meanwhile, Allen has filed a $68 million lawsuit against Amazon Studios for breaking their contract, which included three additional films. The director, who has been faced with sexual abuse allegations, will begin production on his next film in Spain this July. A Rainy Day in New York will begin its international release in France on September 18.