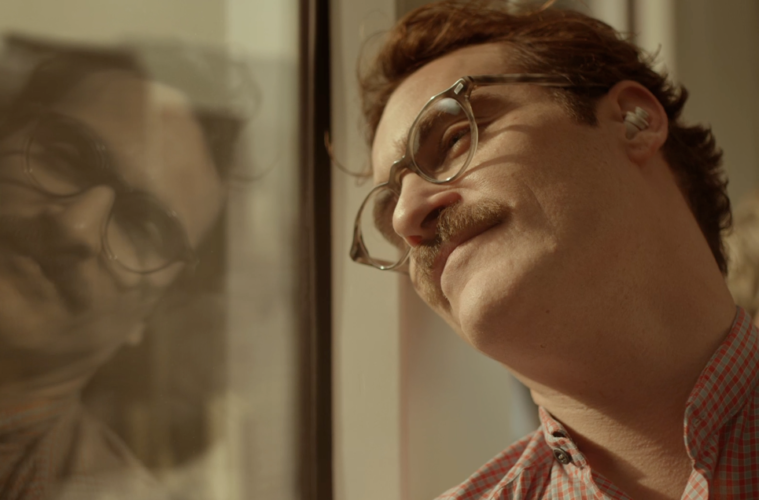 By next month, we’ll have seen the first images or footage from the rest of the year’s slate, and, while we’re still waiting on reveals from films such as The Monuments Men and Foxcatacher, today brings the first trailer for one of our most-anticipated projects of the year: Spike Jonze‘s Her.

The film that tracks a writer’s developing relationship with an operating system marks Jonze’s first feature since Where the Wild Things Are, and has a great ensemble that includes Joaquin Phoenix, Scarlett Johansson, Amy Adams, Rooney Mara, Chris Pratt, and Olivia Wilde. The gorgeous trailer introduces us to Johansson’s voice as operating system and part of Phoenix’s journey for what’s being billed as a love story.

The very promising look also reveals Jonze will be reteaming with Arcade Fire, who will contribute music to the film. Check out the footage and poster below, along with the music tracks from the trailer, including Aphex Twin‘s “Avril 14th” and Yeah Yeah Yeahs‘ “Skeleton.” One can also hear a new track, “The Moon Song,” from Karen O, at around 1:37 in the trailer. In the not so distant future, Theodore (Phoenix), a lonely writer purchases a newly developed operating system designed to meet the user’s every needs. To Theodore’s surprise, a romantic relationship develops between him and his operating system. This unconventional love story blends science fiction and romance in a sweet tale that explores the nature of love and the ways that technology isolates and connects us all.

Her arrives on December 18th, before going wide on January 10th.