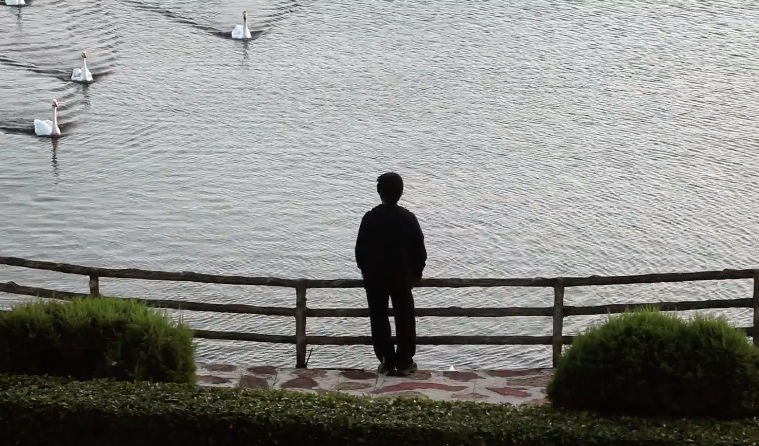 Having jumped from festival to festival since its February premiere, Jafar Panahi and Kambuzia Partovi‘s Closed Curtain is now up for an appearance at TIFF in these next few weeks — an occasion that’s of special note, for it’s given us our first in-motion look at the film. While touted, by some, as a successor-of-sorts to last year’s monumental This Is Not a Film, both our rave review and the footage at hand would indicate something different: both a return to the exalted filmmaker’s narrative days — no matter how much Film may have played with the documentary form; not that we need to get into this, now — and something of a mystery, too.

What’s here is, thus, equal parts brief and opaque, but a nonetheless beautiful display of a film we said has “intimacy [that] is matched by density.” As an admirer of both Panahi‘s narrative work and, even more so, the title which made waves over these past two years, Closed Curtain would appear to be a bold next step. Here’s hoping the attention it continues to attract will help change an awful personal situation, too.

Watch the trailer below (via BleedingCool):

Closed Curtain is still without a U.S. distributor.

Any reactions to this trailer? What are your thoughts on Panahi’s work?