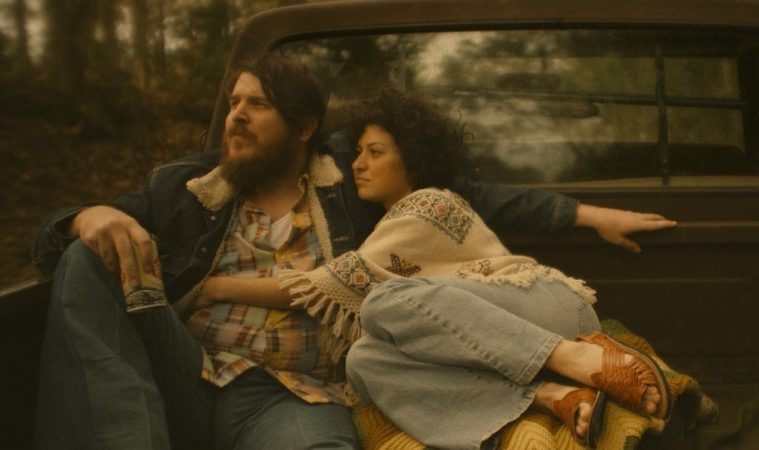 With the release of First Reformed earlier this year, we were reminded of Ethan Hawke’s dedication to visceral storytelling, and the inherent artistry involved throughout the creative process. Considering this, its no surprise that his commitment is once again on display in his latest directorial outing Blaze. Following its initial premiere at the 2018 Sundance Film Festival, as well as its subsequent screenings at South by Southwest, Louisiana International, and Montclair Film Festivals, Sundance Selects has now released the first trailer for the film.

Blaze recounts the life and career of the Arkansas-born country singer-songwriter Blaze Foley, who made his name in Texas. Born in 1949, Foley grew up in a family of musicians. He spent the majority of his youth in a band named The Singing Fuller Family with his mother, father, brothers, and sisters. As a young adult, Foley began to expand his ventures when he met artistic companion Sybil Rosen. As they toured together, Foley’s music career became one full of pressure and toxicity as his drinking problem began to worsen. Ethan Hawke directs the film from his own script, which he adapted from Rosen’s memoir of Foley titled Living in the Woods in a Tree: Remembering Blaze Foley.

Ethan Hawke’s narrative telling of Blaze Foley’s life isn’t the first time he’s shown interest in capturing the intricate lives of musicians – his previous films Seymour: An Introduction and The Hottest State both explored these ideas. Our own Dan Mecca caught Blaze at Sundance this year (full review) and touched on Hawke’s attraction to the creative process in his review: “Hawke is clearly fascinated with the artistic process and the sacrifices inherent to that kind of life. Having been an actor since childhood, it’s hard not to acknowledge the connective tissue between the actor-writer-director and his subject.”

Courtesy of Sundance Selects, Blaze opens exclusively in Austin, Texas on August 17 and will expand from there. Check out the trailer below.

BLAZE is inspired by the life of Blaze Foley, the unsung songwriting legend of the Texas outlaw music movement that spawned the likes of Merle Haggard and Willie Nelson. The film weaves together three different periods of time, braiding re-imagined versions of Blaze’s past, present and future. The different strands explore his love affair with Sybil Rosen; his last, dark night on earth; and the impact of his songs and his death had on his fans, friends, and foes. The braided storyline terminates in a bittersweet ending that acknowledges Blaze’s profound highs and lows, as well as the impressions he made on the people who shared his journey.