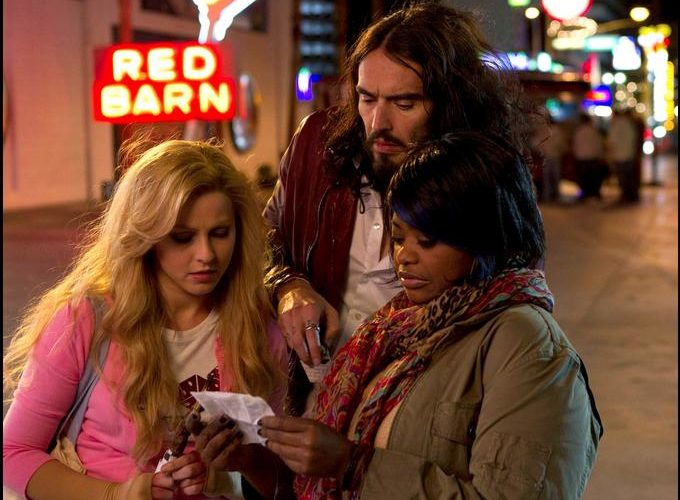 One title we were surprised that was left off the initial Toronto International Film Festival line-up was Diablo Cody‘s directorial debut Paradise, considering the Oscar-winning screenwriter showed up for both Juno and Jennifer’s Body. Perhaps it will be added later ahead of its October 18th theatrical release, but today brings our first look at the drama.

Starring Julianne Hough, Russell Brand, Octavia Spencer, Nick Offerman and Holly Hunter, the film centers on a religious woman named Lamb who’s suffered from horrific burns in a plane crash and goes to Las Vegas to live the life of a sinner, and on her journey finds her way back to her faith.

“If you have ever been through something incredibly difficult such as this kind of injury, you know it’s hard to stay positive and not surrender to cynicism completely,” Cody (who was six months pregnant during shooting) tells USA Today.  She adds, “I wanted to make a non-cynical movie that would inspire positivity.” Check out the first batch of images above and below and return for the first trailer. Are you looking forward to Cody’s directorial debut?